“Black hole” in the sea. “Petropavlovsk-Kamchatsky”diesel electric submarine is being tested 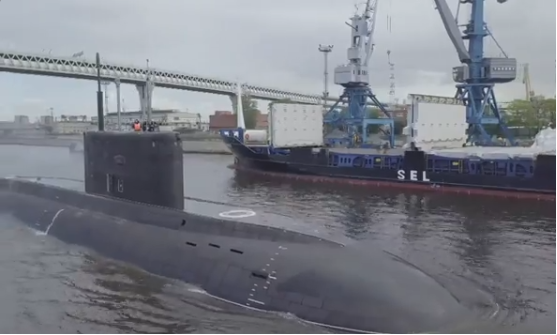 The latest diesel-electric submarine “Petropavlovsk-Kamchatsky” is going through the factory sea trials. The submarine left the berth of the “Admiralty Shipyards” in St. Petersburg and headed for the Baltic Sea on August 16.

A series of ship systems, including communications and sonar, will be tested during the tests. Petropavlovsk-Kamchatsky is the first in a series of six submarines of the Varshavyanka project for the Pacific Fleet. These submarines belong to the third generation, have a displacement of 3.95 thousand tons, underwater speed – 20 knots, a depth of immersion of 300 meters and a crew of 52 people. They are equipped with the latest navigation system, a modern automated information management system, high-precision missile weapons, and powerful torpedo weapons. The submarines of this project are able to detect a target at a distance three to four times higher than the one at which the enemy can spot them. NATO officials called the “Varshavyanka” a “black hole” because of the difficulty of finding it.

Guards sleeping while Epstein was taking his own life
Democracy is dead in EU. Ursula von der Leyen won "election" against herself
By Guest Writer on 08/17/2019   /   Featured Stories, Russia   /   Leave a comment