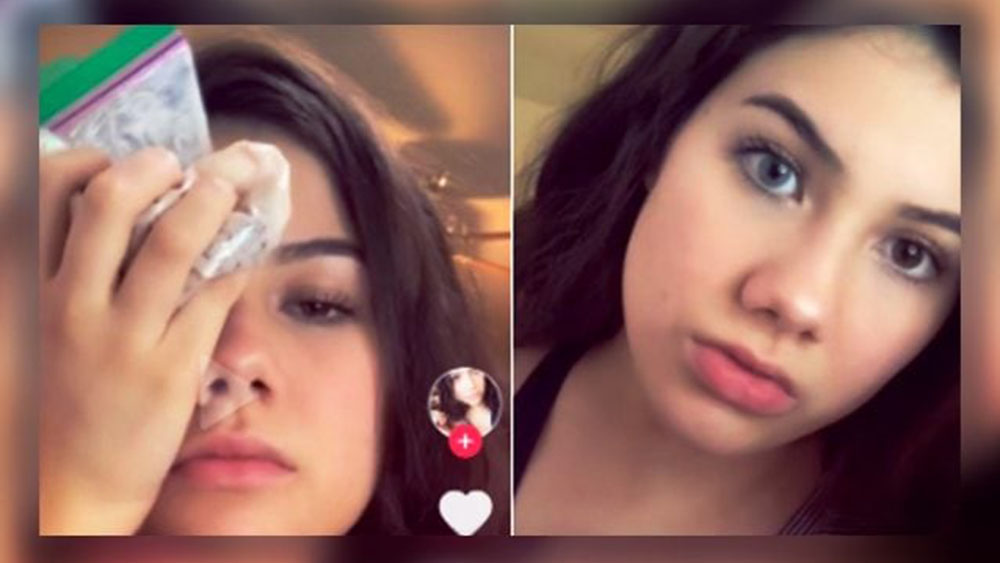 Take an airtight plastic bag, fill it with hand sanitizer, bleach and shaving cream, and place it on one eye for at least one minute to change the color of the iris. This is essentially the practical requirement for TikTok users to participate in the “Bright Eye Challenge”, a very dangerous and viral challenge thanks to a totally false video.

On TikTok, the most popular social network of the moment and the most downloaded app in the world, there are lots of very funny and harmless challenges and the fact is that sometimes we tend to exaggerate. And the Bright Eye Challenge, the “challenge” in trend in the last hours on the Chinese social network, is yet another proof.

With over 500 million users and the most downloaded application in the world, it is clear that what happens on TikTok risks influencing many teenagers and pushing them to do stupid things that no one would have ever thought. And the challenge of the last few hours is a clear example of that, perhaps, we should put a brake on this real madness. 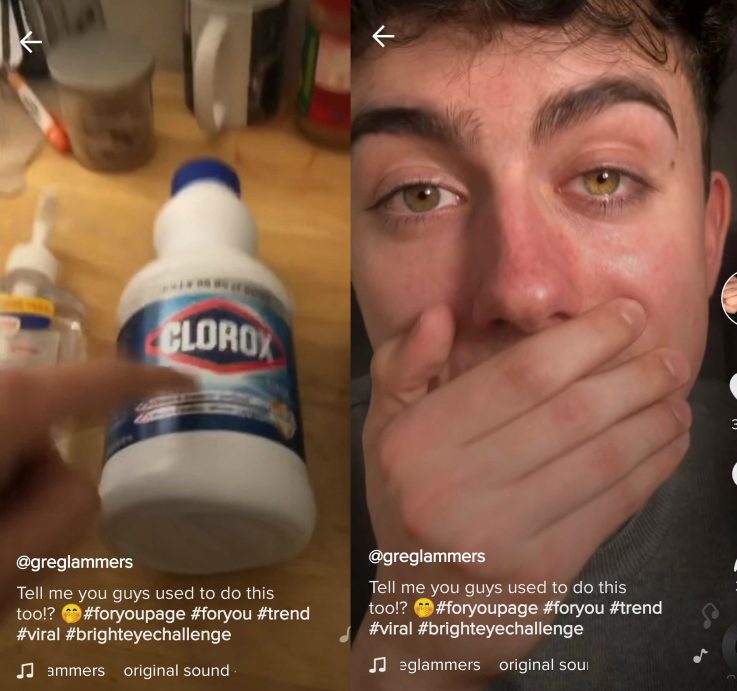 A social network user had the brilliant idea to take an airtight plastic bag, fill it with hand sanitizer, bleach and shaving cream, and place it on one eye for at least a minute to change the color of the iris. The trend was started in April by Greg Lammers, who seems to have unleashed the viral phenomenon by stating that this method could really change the color of the eyes.

Clearly that’s a hoax. Why not put this fancy method into practice? The color of the iris will certainly not be changed, but permanent eye damage is guaranteed. Of course, many teenagers around the world have decided to put into practice this (fake) trick to change the color of their eyes on TikTok, and the challenge has gained even more popularity after the user Juliagoolia69 published a video. It turned viral thanks to more than 90,000 followers and to 574,000 likes, 35,000 shares and 5,000 comments in just two days.

Juliagoolia69’s video is a fake

The crux of the matter is simple. The effect that could be obtained by placing that chemical concoction on the eyes is one and only one: loss of sight. That’s why we repeat, if the plastic bag were to break and the liquid came into contact with the eyes, the consequences would be disastrous.

The challenge also became viral thanks to a video published by the girl who, according to Newsweek, would have seen the original video and thought that “it would have been nice to create one”, but she did it using editing tools on Tiktok and, basically, wearing two different colored contact lenses, positioned the bag, edited the video and then declared that the trick worked which was absolutely not true.

What’s the moral of the story? Not everything you see in social networks is true, and it would be much smarter to let yourself be carried away by your own reason rather than by stupid and meaningless practices, implemented only for the purpose of having those 3 seconds of absolutely worthless virtual celebrity.