Democracy is dead in EU. Ursula von der Leyen won “election” against herself 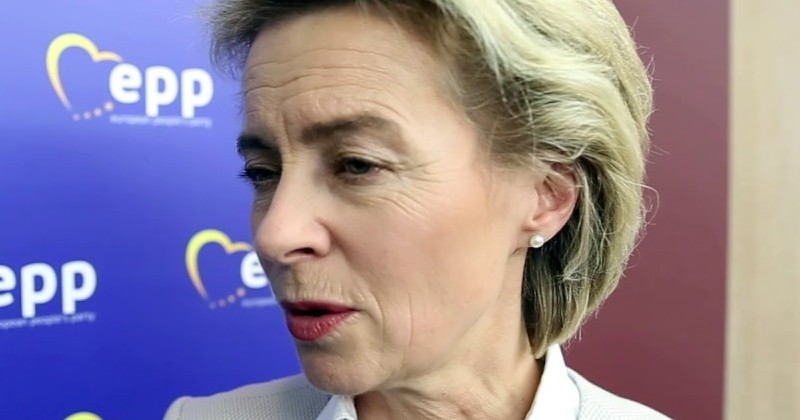 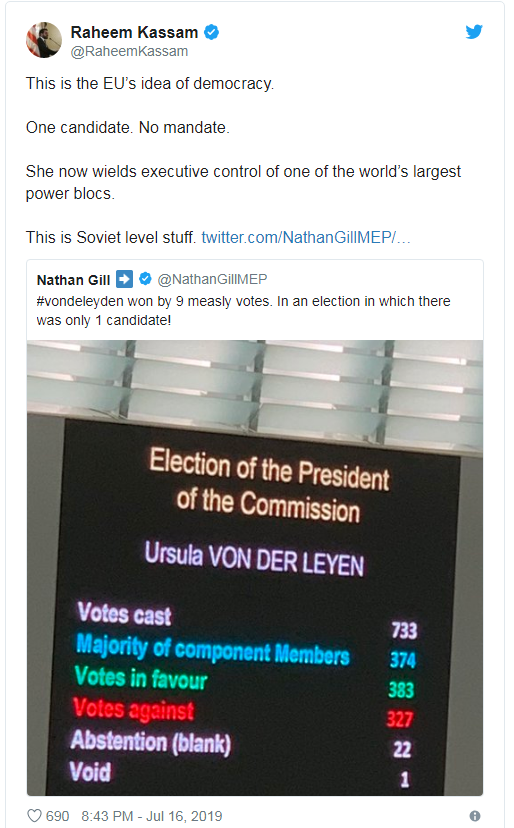 Ursula won an “election” in which she was the only candidate by just 9 votes!

Standing ovation for Ursula who won in an election against herself by only 9 votes!

Jeez – standing ovation for #UrsulaVonDerLeyen who won in an election against herself by – wait for it – 9 votes. Craven pic.twitter.com/t1L0cOfoqV

“This is the EU’s idea of democracy,” remarked Raheem Kassam. “One candidate. No mandate. She now wields executive control of one of the world’s largest power blocs. This is Soviet level stuff.”

Indeed, the only choice on the ballot paper was which language to read it in. Outrageous!

"Black hole" in the sea. "Petropavlovsk-Kamchatsky"diesel electric submarine is being tested
Harley Davidson has got a rival bike
By Guest Writer on 07/20/2019   /   All News, EU, Featured Stories   /   Leave a comment