Harley Davidson has got a rival bike 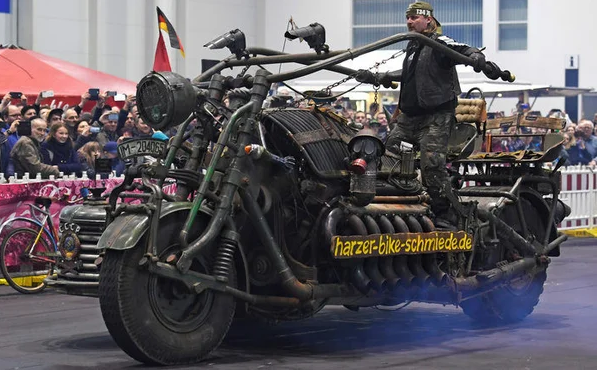 Once, at one of the exhibitions in Germany, a prestigious device appeared – it was the biggest motorcycle in the world, but it was not its dimensions that astonished everybody it was about its individual components. The point is that it has the engine installed from the Soviet tank T-55! 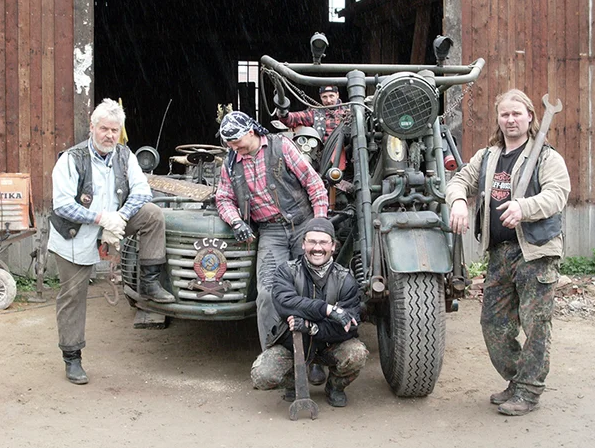 The project manager Tilo Neubel called it a kind of attempt to create his own version of “a German motorcycle with a sidecar from the time of the Second World War.” Obviously, in the process, the guys deviated a little from the topic, and in the end, turned out to be a huge monster-bike in the Soviet-style. 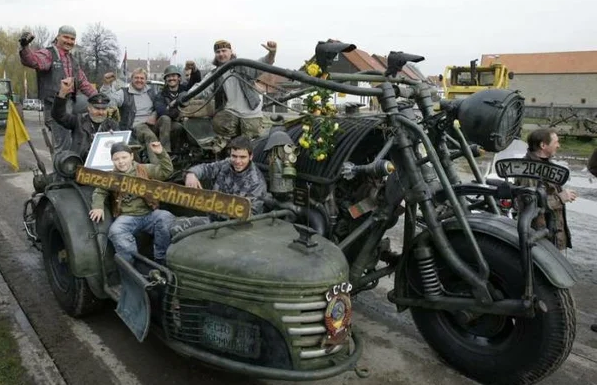 It has impressive engine characteristics: 620 hp and the cubical capacity of  38,000 cubic cm! Although, it’s impossible to ride it at high speeds. And it’s not surprising, because in terms of the size it’s more comparable with a truck rather than with a motorcycle: 5.8 meters in length, 2.8 meters in width, and its weight exceeds 4.3 tons! 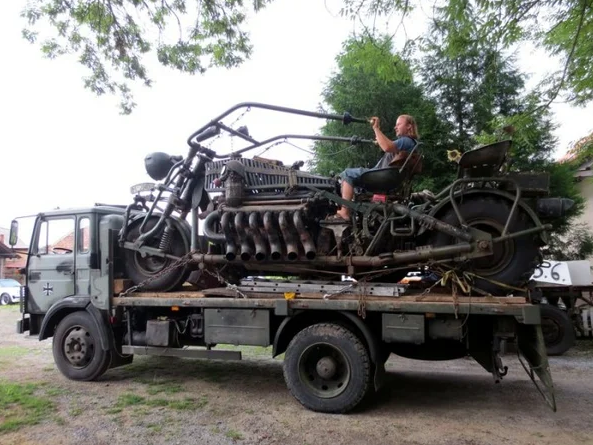 The “Panzerbike” is so huge that it even got into the “Guinness Book of Records” as “the heaviest motorcycle in the world”.

As you can see, this bike is driven by an elongated steering wheel, but it only slightly rotates the front wheel, so the wheel of the wheelchair required additional steering, as a separate steering wheel. In general, it’s not just about driving here, even to get on this bike it’s not an easy task!

The military-style certainly prevails in the Panzerbike appearance. Here you can see cruise missiles in the wheelchair, side turning signals made from mines, and gas masks on the sides. The front part of the stroller was decorated with a radiator grille taken from the old Soviet truck “ZIL”. 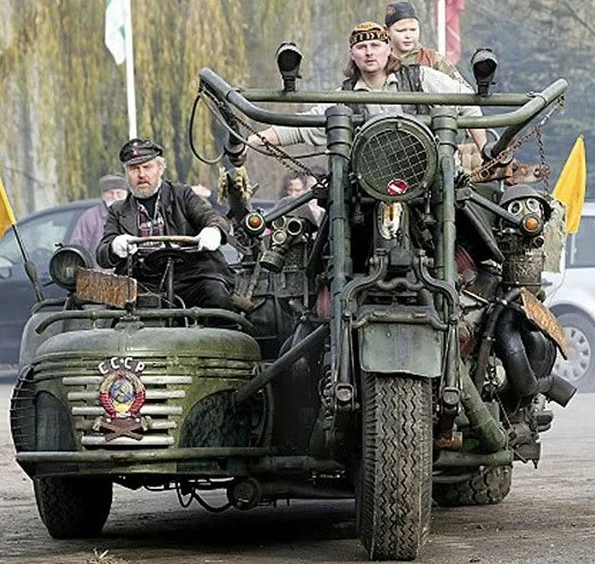