How many governmental officials are there in Russia? 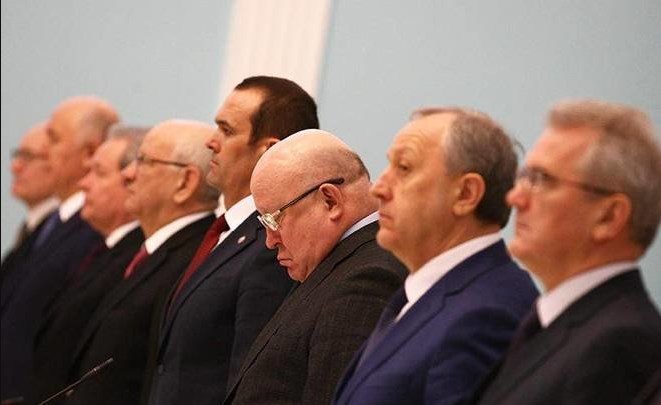 Way back in the USSR in the mid-1980s, the number of officials was about two million people. Now it’s much more, in the Russian Federation 3.8 billion rubles ($ 57 152 000) are spent daily on their maintenance. For every thousand people employed in the economy, we have 20.1 officials. In the USA – 13.7, in Germany – 11.7, in France – 11.4, in the USSR – 7.3. Even the number of tax specialists is five times more than in the USA. However, the quality of the tax system in USA is incomparably higher. 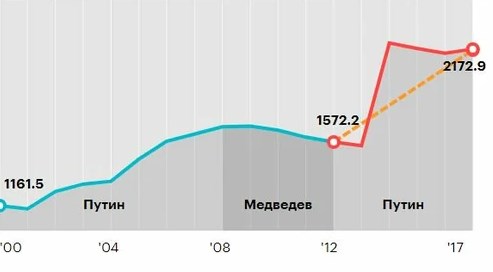 When there is no quality, they try to solve the issue by quantity – a common practice. Officials breed with the light speed, these are all close friends or relatives of friends all gathered together to rob the people …

If we reduce at least half of the officials, then you do not need to raise the retirement age. Their monthly salaries are our annual pensions.

In modern Russia, they have repeatedly tried to reduce the number of officials. In March 2000, Putin announced the need to reduce the state apparatus by 10% and two years later approved by decree the federal program “Reform of the civil service for 2003-2005.”

In October 2005, the government approved the “Concept of Administrative Reform for 2006-2008”. And back in March 2009, September 2010, May 2014, the government gave instructions to develop a proposal to reduce the number of officials. After all these gigantic titanic efforts, the number of officials has significantly increased! Unbelievable liers.

On 20 July 1926, Dzerzhinsky gave a speech about the work of the bureaucracy:

“To ensure that the state does not go bankrupt, it is necessary to resolve the problem of state machinery. The irresistible inflation of the states, the monstrous bureaucratization of every business-the mountains of papers and hundreds of thousands of scribblers; The seizure of large buildings and premises; car epidemic; millions of excesses. This is legal feeding and devouring state property by this locust. In addition to this unheard-of, shameless bribery, theft, negligence, blatant mismanagement, which characterizes our so-called “self-financing”, crimes that transfer state property into private pockets. “

“If you look at our entire apparatus, our whole system of government, if you look at our unprecedented bureaucracy, on our unprecedented scuffle with all sorts of coordination, then from all this I come straight into horror. I repeatedly came to the Chairman of the SRT and the Council of People’s Commissars and said: give me your resignation! You can not work like that! “

“It is necessary to conduct economic construction in such a way that the USSR from the country importing machinery and equipment will be turned into a country producing machines and equipment … to widely introduce scientific and technical progress into production. If this work is not carried out, we are threatened with the closure of our plants and slavery to foreign capital. If we are now a wooden, bastard Russia, then we must become a metallic Russia. “

On July 20, 1926 at 16 o’clock 40 minutes suddenly Felix Dzerzhinsky suddenly died. Dzerzhinsky died during a meeting of the Joint Plenum of the Central Committee and the Central Control Commission of the CPSU (B.), after a speech in which he spoke against the Trotskyites and a departure from the policy of the then party majority.

Living in Los Angeles is getting worse and worse
The biggest failure of president Putin
By Guest Writer on 08/18/2019   /   All News, Featured Stories, Russia   /   Leave a comment