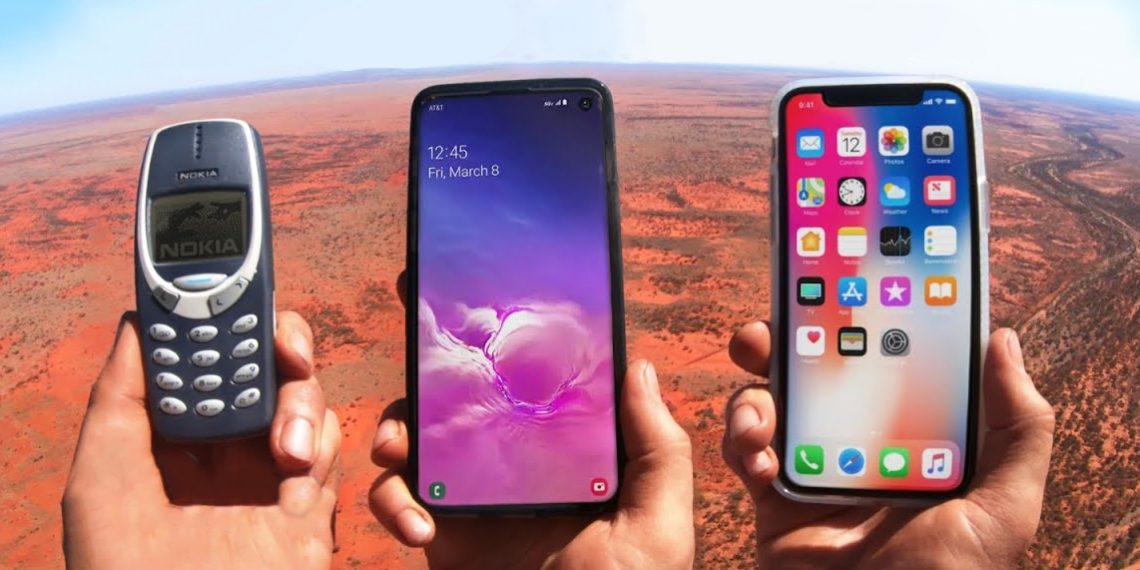 You can hardly guess which of them survived the drop test.

YouTubers from How Ridiculous channel decided to test the strength of three phones: the flagships of Apple and Samsung, as well as the legendary “brick” Nokia 3310. To do this, all three devices were dropped from a helicopter at an altitude of about 300 meters. The result was really unexpected.

At first, Nokia 3310 was dropped from the height of 45, 76, 152 and 228 meters. In all cases, the phone broke into pieces, but still survived – after the third test the screen broke. After the fourth drop, they could easily launch the “Snake” app! The experimenters noted that the place chosen for the test is far from being the most pleasant for a fall: the earth is solid, like a stone.

But the time has come for the final competition: all three devices were dropped from the height of 304 meters. Note that smartphones were in silicone cases: their glass back panels were in a less advantageous position than Nokia with a plastic case.

The result was astounding. All three devices survived – iPhone 11 Pro got off with a broken back panel, the Galaxy S10 + crashed the camera. Nokia did not even shatter into pieces and continued to work as if nothing had happened.

In the comments, of course, there were a lot of jokes about the Nokia:

Surprised the world didn’t split in half after that Nokia dropped
FAKE The Nokia should have reached the earth’s core
I’m surprised that the Nokia didn’t knock the Earth out of orbit on impact
When the Nokia fell. I expected a giant hole in the Earth
What Rudy Giuliani dug up on Biden during a visit to Ukraine? Plundered grants and billions of Poroshenko
Putin jokingly admitted stealing US high technologies
By Guest Writer on 11/28/2019   /   All News, Featured Stories, Smartphones, Tech   /   Leave a comment