It’s scary to live in Russia of today… 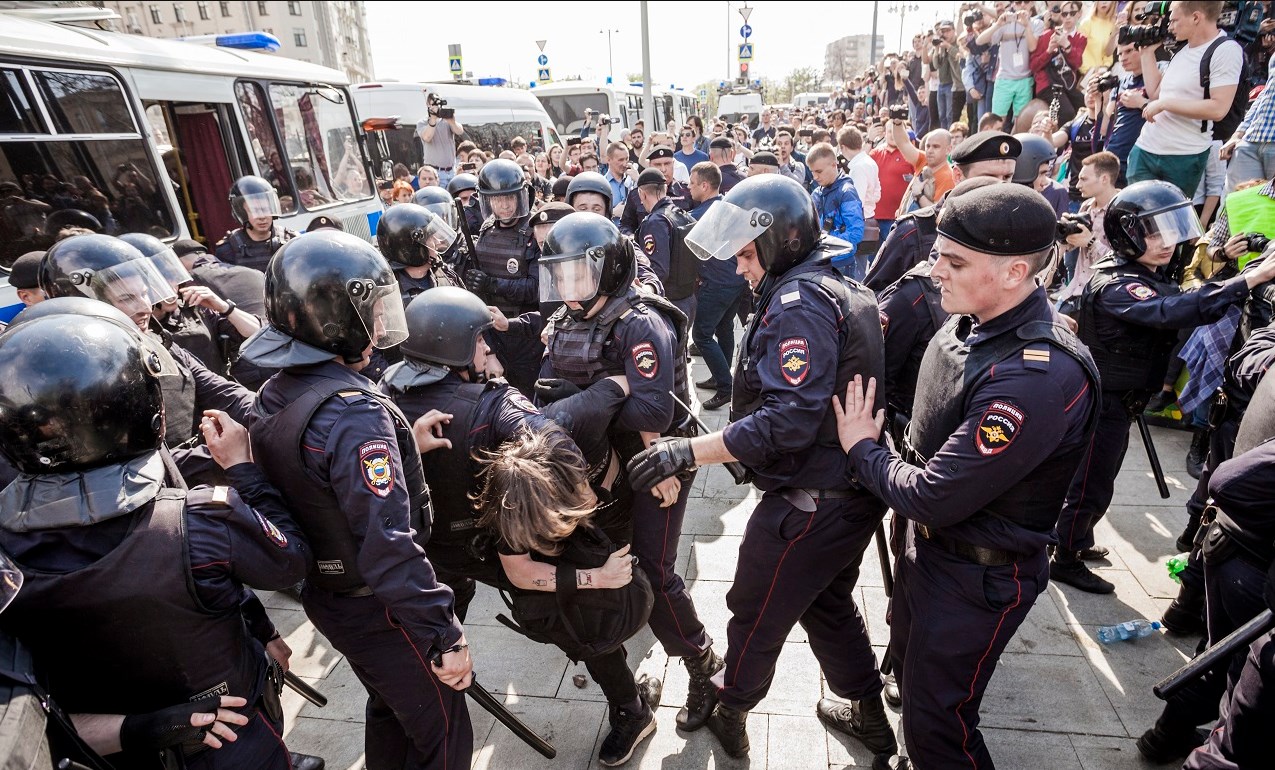 A comment from one of the Russian bloggers turned out to be so accurate that it determines the whole gamut of emotions that accompany Russians now.

When the Russians come to Europe, they often have the feeling of incredible peace – there are no police and security guards everywhere, no aggressive speech is heard, no one is in a hurry.

Once they come back home they find themselves in some kind of painful society where violence and cruelty rule.

It’s scary to live in Russia now, and it has almost always been like that, but especially for the last 20 years:

It is scary to give birth to children in maternity hospitals with indifferent personnel on a paid basis for any little thing, and the level of negligence is very high.

It is scary to start a family when your earnings are unstable and they are barely enough for food and housing, with no prospects for improvement.

It is scary to talk with strangers as there are a lot of mentally ill people in the streets or outright hunters of other people’s property.

It’s scary to join the army or go to the hospital, they can easily kill you and the guilty will never be found.

It’s frightening to live in a country where every month new antihuman anti-national laws are passed.

It is scary to go to the police, even if there is a good reason since they sometimes behave worse than criminals.

It’s scary to go to the bank, because the interest on loans is huge, and the manipulative deception is booming there.

It’s scary to live to the old age and live on ridiculously low retirement payments.

It is scary to get married – almost 80% of marriages end up in divorce.

It is scary to drive on roads where traffic rules depend only on the status of the driver: there are untouchables and outcasts.

It’s scary to open a business: they’ll take it away or make you work for them (local authorities).

It’s scary to live in a society where the environment has incredibly worsened over the last 20 years.

It’s scary to turn on the TV, where there are hysteria and the search for the enemy, as well as a demonstration of the weapons that we threaten someone all the time.

It’s scary to fly on our airplanes, to live in houses with gas constantly blowing up, and live in cities where there are permanent terrorist attacks.

It is scary to live in areas where most residents already have a different appearance, faith and a clear dislike for the locals.

Russia is a real police state.

Fear tightly entered the life of Russians with the beginning of the 2000s, when a wave of terrorist attacks swept the country.

Then, all state institutions stopped solving problems and they began to accumulate like a snowball. Now they have reached the highest level and the government does nothing.

Fear is the keyword of the Putin era, and this fact was skillfully noted by musicians as sensitive and creative natures. The fear of everyone and everything, behind which there is the deepest disappointment, and often the manipulations of politicians who, through fear, inspire humility and the search for an external enemy.

Russia failed to become a country that would be an attractive place to live for its own citizens.

Open the borders now and few will stay here, which is perfectly demonstrated by our elite and their children living and studying abroad…

The social depression is now so great that Russia has no future, there are no hopes for a change for the better.

This is the main reason for Russia’s problems with fertility, marriage, labor productivity, opening a business… Why do we have to do it if there is no future?

Is there any way we can save Russia?

Zelensky is shocked by the publication of the transcript of his conversation with Trump
Trump's lawyer: a complaint by a U.S. intelligence officer could have been caused by a conversation with Zelensky
By Giorgio Marchetti on 09/21/2019   /   All News, Featured Stories, Russia   /   Leave a comment