Mohammad Sediq Afghan one of the greatest geniuses of the world 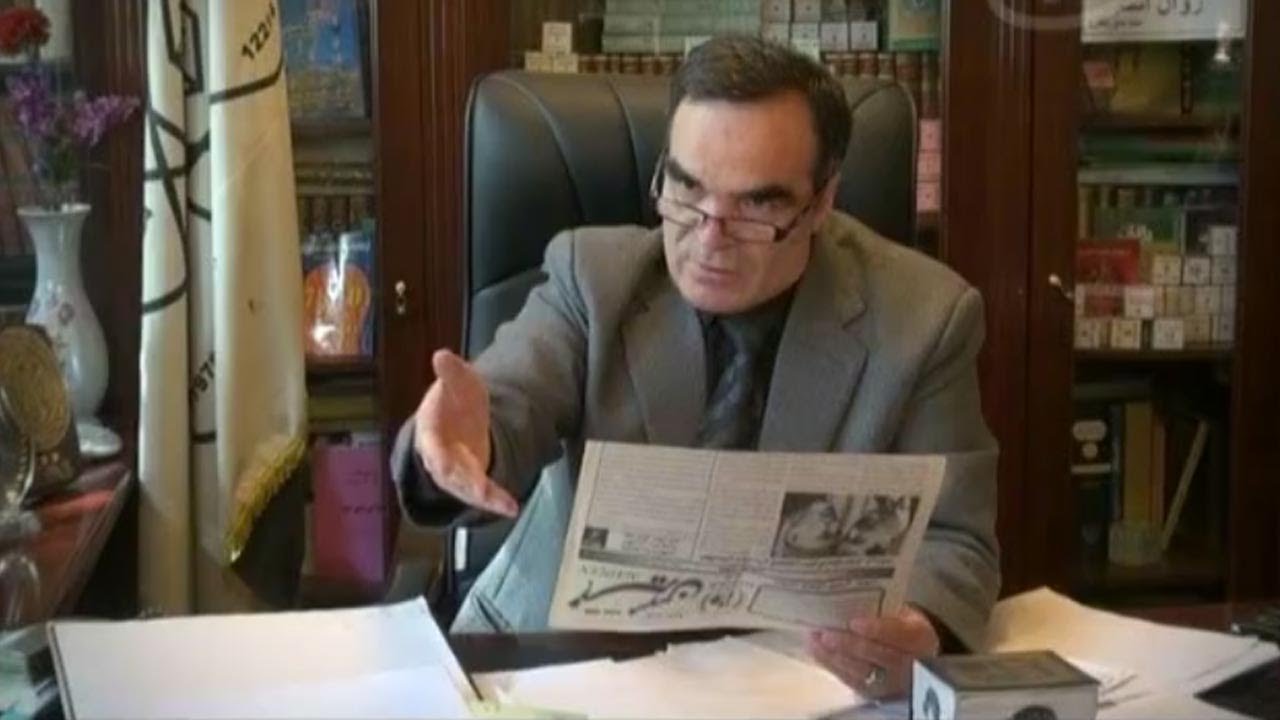 Sediq Afghan added by the UN and UNESCO to the List of Common Heritage of Mankind, is again on-stream among the activists for a New and Fair World! Sediq Afghan arrives in Chernihiv where he plans, in the near future, to hold World Forum presenting a New World Program. Worldwide fundamental changes are coming soon!

This article tells about world-famous Afghanistan-born mathematician, about his unique abilities to calculate the destinies of both individuals and entire countries and peoples, and the text of the last interview held on May 31, 2019. 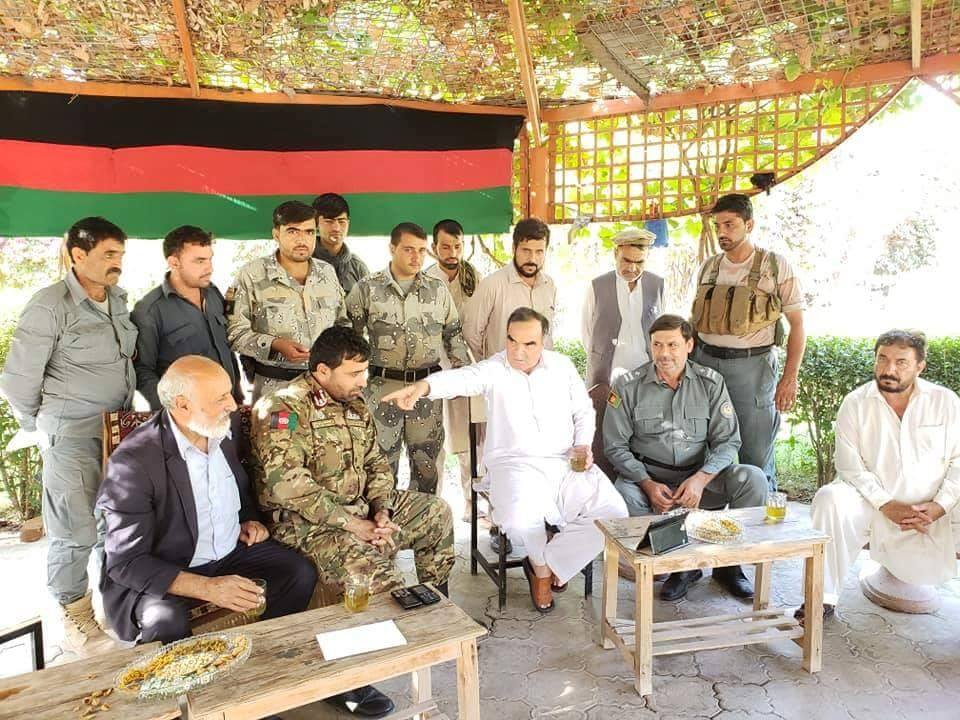 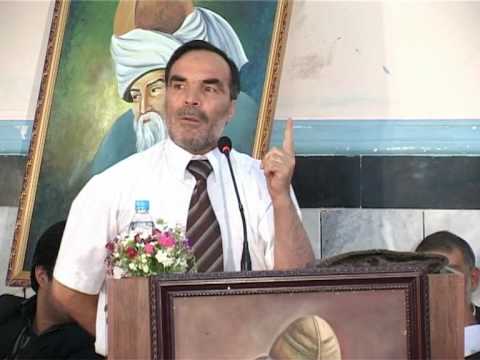 BACKGROUND. Or how it could happen that Sediq became the “heritage of mankind”.

SECRET KNOWLEDGE. Sediq as a founder of mathematical philosophy learning the world.

There is a thin line between LOVE and HATE. Or Sediq’s extraordinary adventures in the USSR.

HOW I KNEW about M. Sediq and his predictions about the USSR, Russia and Ukraine fate…

INTERVIEW/CONVERSATION with Sediq by Video Conference (on May 31, 2019) 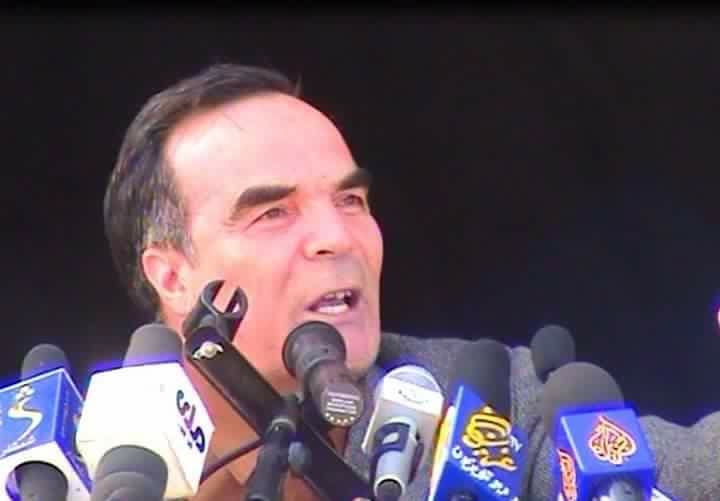 Muhammad Sediq Afghan. Younger generation unlikely even heard this name. But two or three decades ago, this name dominated numerous mass media. He became famous as the greatest mathematician and forecaster of his time. He made accurate forecasts for many events happened in the world and some individuals fate by applying a unique mathematical formulas method. He predicted the collapse of the USSR, “August Coup”, September 11 attacks in the United States, President Barack Obama coming to power, conflict in Ukraine in 2014, and much more. In most cases, his forecasts came completely true. Even with the “schedule” break in some cases.

How he can do it? According to the scientist, modern world is an equation with many unknowns subjecting to strict logic, which means that life is ruled by mathematics. Sediq is a unique Oracle mathematician who solves equations of life and death, will and reason, necessity and chance, eternity and space. His own independence is appreciated by Mohammed above and beyond any names and titles. He is the son of the Earth, and wherever he is he feels in its place. Now he lives in Turkey. He dreams of a New World like all intelligent and educated people and is ready to contribute to its creation.

Scientists from different countries attempted to meet him to understand the principle of his mathematical forecasts. The powerful figures of the world sought friendship with him, expecting to receive a favorable forecast of their further destiny… 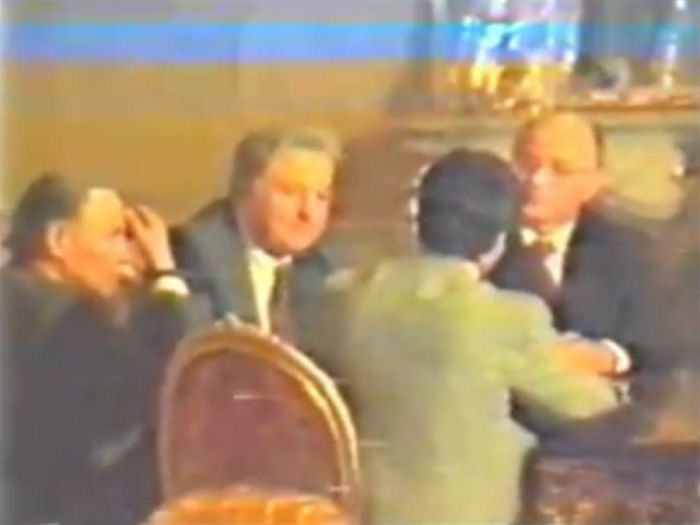 On the photo: Sediq Afghan (back) with Mikhail Gorbachev and then French President Francois Mitterrand (far left).

BACKGROUND. Or how it could happen that Sediq became the “heritage of mankind”. 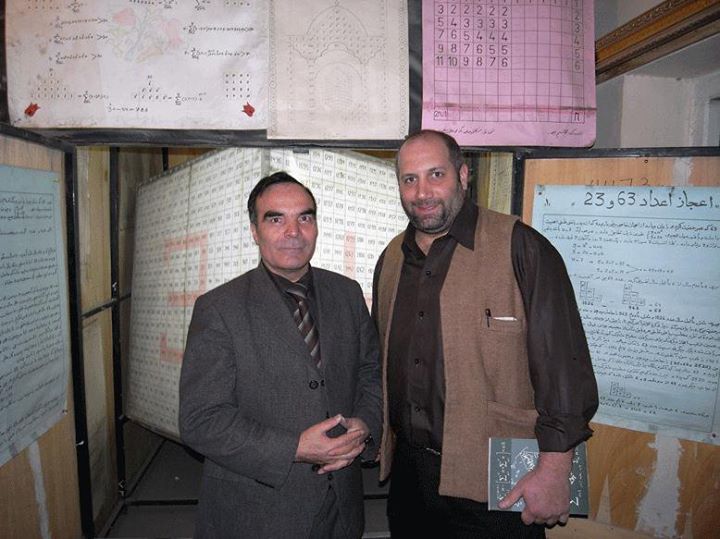 From his childhood Sediq had precocious abilities in math. His father played a big part in his life. Who was also gifted in this science, and helped his son to learn its basics, arousing a keen interest in complex calculations. Future scientist was enrolled in the fourth school gradeat once. And by the age of 19, after graduating from Kabul Lyceum in 1976, he became a teacher of mathematics: first he worked in civilian educational institutions, afterwards in the Higher Air Force Academy. Then he served in the army after which he again continued teaching. And finally, study in the Soviet Union. He was enrolled into the faculty of physics and mathematics in Lipetsk Pedagogical Institute, and in 1988 having diploma of higher education he obtained (by special decision taken by the State Examination Board) the Master`s degree in Pedagogical Sciences. The next stage was devoted to the postgraduate study in Herzen Leningrad State Pedagogical Institute, where he intensively concerned with the history of peoples of the USSR and the world, relationship between the East and the West. The basis of his research were: Pythagoras`s number theory, numerology, relationship between the history and the math. His most interest was in the role of numbers in people, families, societies and States destiny. He learned how to predict hidden laws of relation between the spirit and matter, and started applying this knowledge in life of his society. 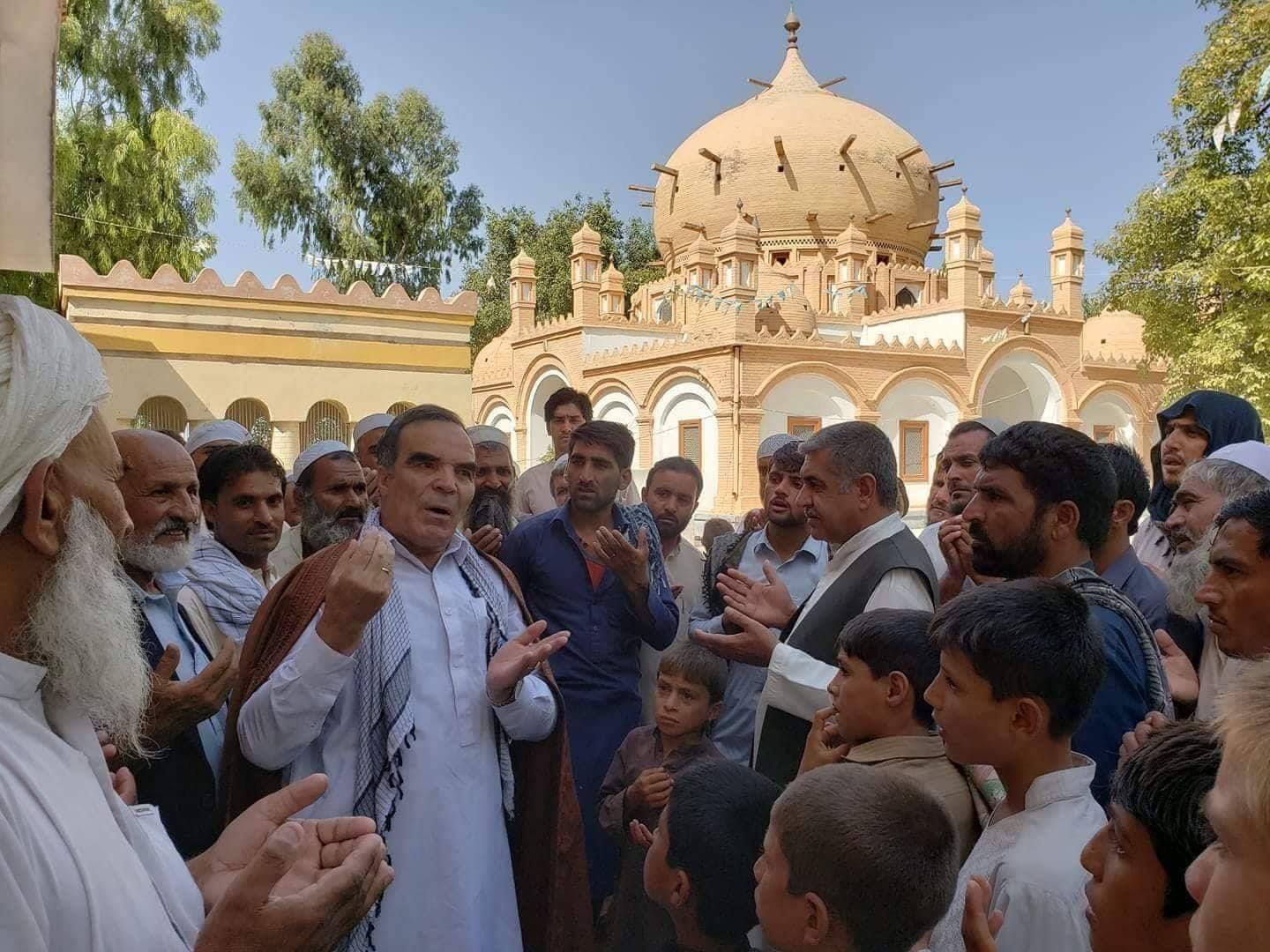 What happened at the end?

He derived a formula for negative binomial of Newton, solving the task that was too tough for many “big heads” of science. He was many times tested for knowledge and abilities. The National Association of Mathematicians at the University of Texas in the USA held a contest for him using a computer, during which 400 mathematical questions were solved by Sediqas easy as shelling peas for 6 minutes 17 seconds, which was even faster than computer. It is not surprising. He is able to mentally extract any root from a giant number, lay out figures rapidly in any sorts of rows, raise them to unthinkable powers. 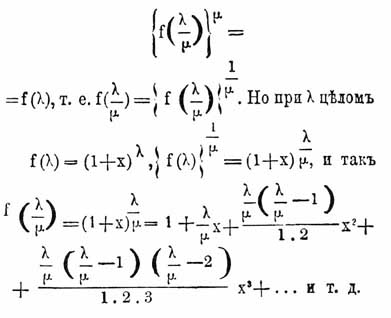 In such a way Sediq became a world celebrity. His scientific ideas were officially recognized by many scientists. He became an honorary Academician and Professor of many Academies of the world. Mathematical intelligence of the scientist is still deemed to be the highest in the world. Therefore, it is not a mere coincidence that he, as a heritage of all mankind, is protected by UNESCO.

Throughout his life, Sediq has been giving a great deal of thought to close energy and information relationship of everything with everyone in the Universe. He came to a conclusion that mathematics can calculate all possible probabilities of potential events. He correlated historical events with dates, considering their sequence, and mathematical regularities. His forecasts started realizing, and his calculations were recognized in the highest scientific circles.

In a few years, almost all global leaders knew about his mathematical forecasts.

The UN has proclaimed his intelligence as the COMMON HERITAGE OF MANKIND. Including in the list of the most all-time genius scientists in the world… 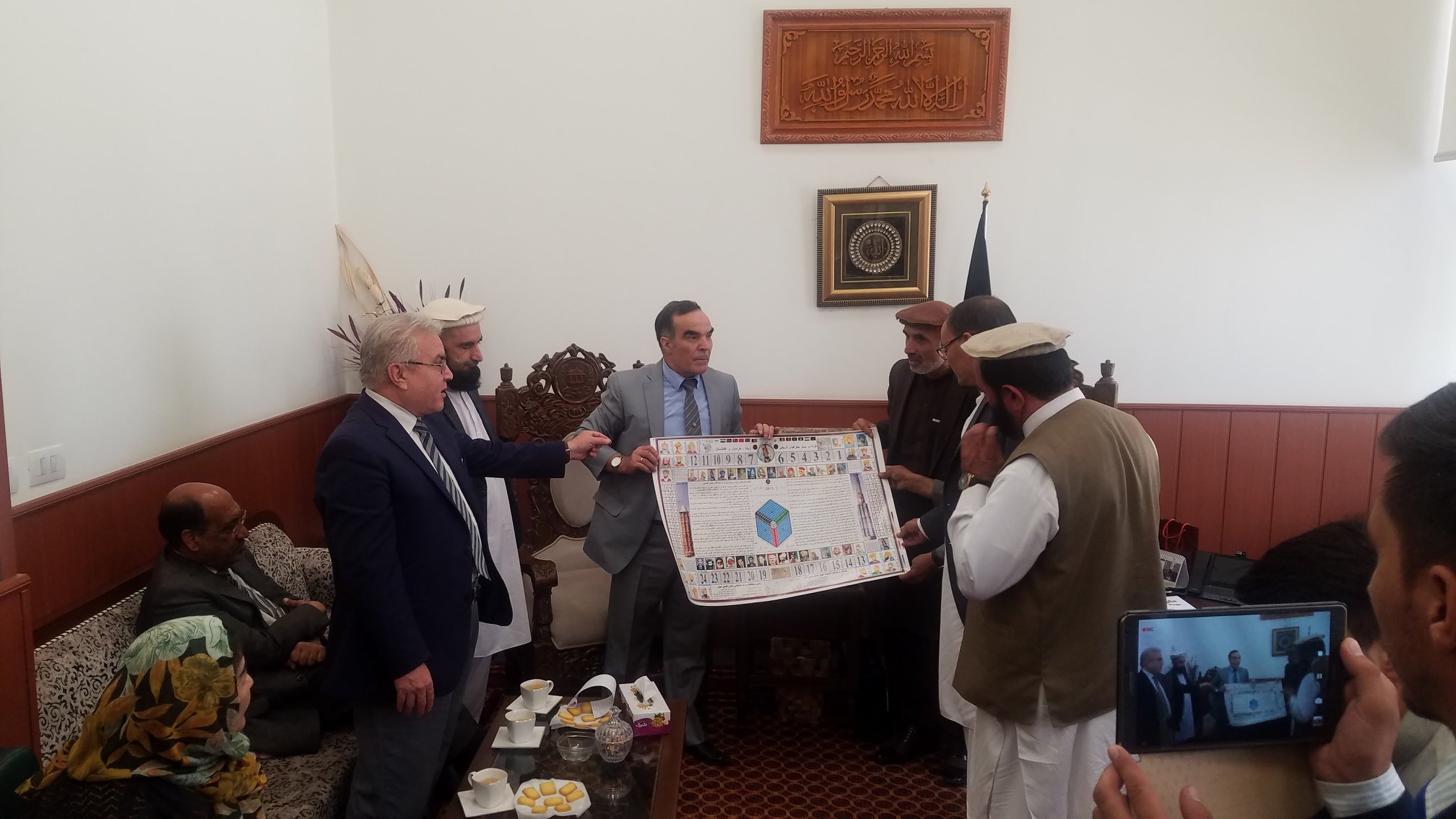 SECRET KNOWLEDGE. Sediq is a founder of mathematical philosophy learning the world.

According to him, any movement/event depends on time and place in the Solar system, while the fate of each person (98%) is subjected to formulas. This formula, in its basic parameters, has been programmed. Both in the world, all events are regular, interrelated and follow one from another. To see these regularities and relationships, one should learn to intuitively feel and logically understand the essence of numbers, their meaning and combination. It is the combination of numbers that generates the laws of the Universe, and first of all the laws of its harmonious development.

Moreover, for making scientific forecast one should know several sciences in aggregate: mathematics, history, philosophy, psychology, political science. After all, every historical event has an exact date and a specific place. Only upon special calculations and analysis of a set of past and current events, it can be possible to build logical enfilade continuing which is possible to forecast events of the future.

Sediq sees himself as a founder of Mathematical Philosophy Learning the World. The objective of his research is to establish hidden regularities according to which events occur in nature, society and human life. He wrote some scientific works:
– “Mathematical tables forecasting the future”.

– “Relationship between the time and historical events in mathematical series”.

– “Theory of numbers in philosophical aspect and its application to forecast events”.