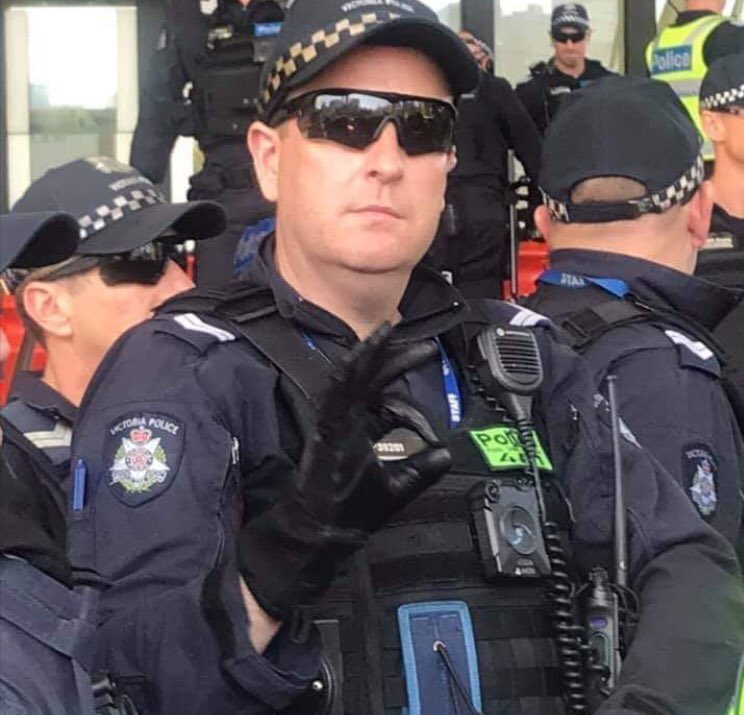 Melbourne, Australia. Leftists shared on social media an image of the officer flashing “OK” hand sign and accused him of signaling support for ‘neo-Nazism’ and ‘white supremacy.’ 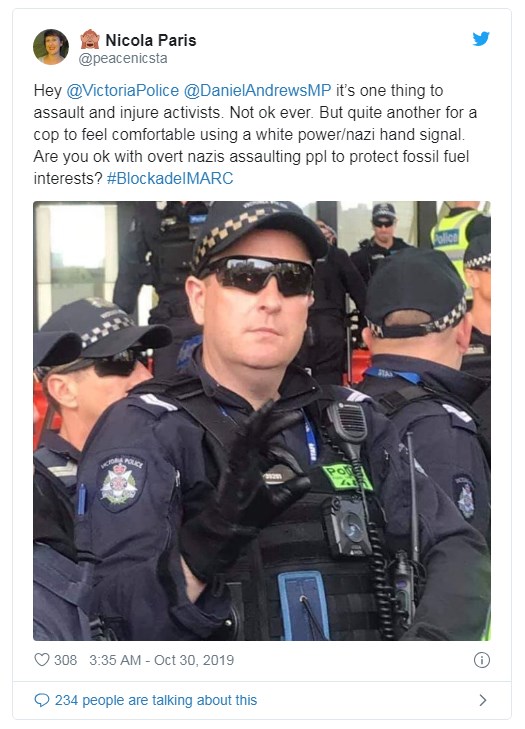 The “violent cop” has been spotted flashing the same white power symbol used by white supremacist murderer Brenton Tarrant earlier this year. We know what side the cops are on,” wrote a group called Campaign Against Racism and Fascism. 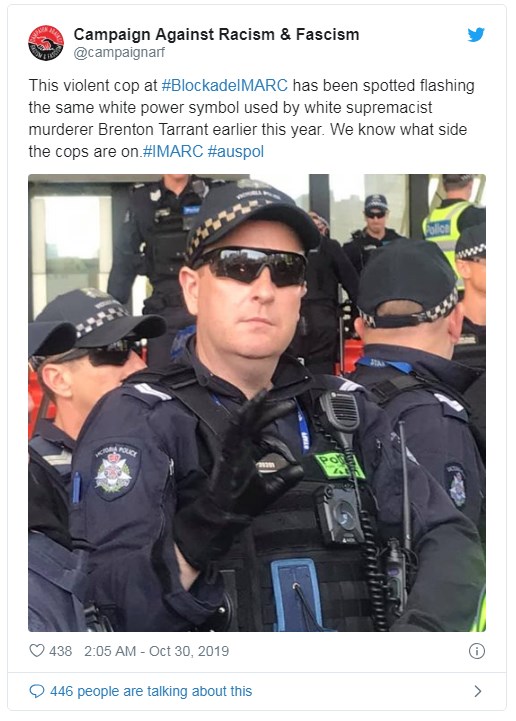 Victoria Police addressed the matter in a statement:

“We are aware of an image circulating of an officer from yesterday’s protest,” Victoria Police wrote. “We have spoken to the officer and have confirmed he was signalling ‘are you okay’ to two protesters who were caught in a large crowd looking unwell.”

“The protest activity is extremely dynamic with megaphones, sirens & loud chanting making it difficult to hear so hand signals are often used. Any suggestion to indicate the member was signaling anything else is completely untrue & Victoria Police considers this matter closed.” 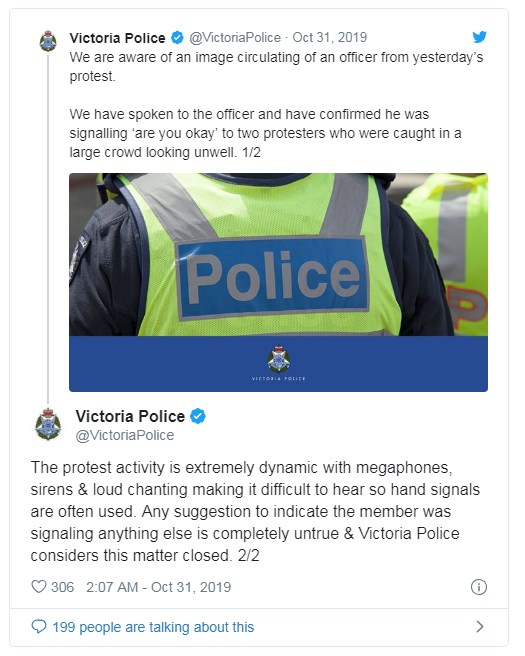 What is really mad is that the Anti-Defamation League added the gesture to its list of “hate symbols.”