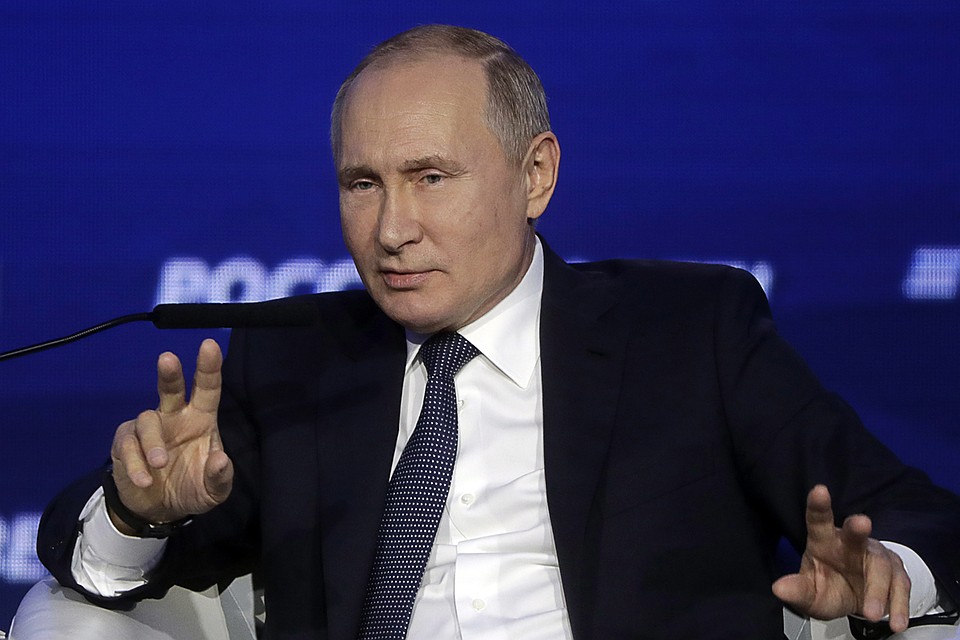 Russian President Vladimir Putin joked during the Forum “Russia Forward!” about technology for shale oil production in the United States. According to the President of Russia, the United States is investing too much money in a new industry, creating a new technical base.

The Russian leader said that we need to wait for the United States to spend money on new technologies for the production of shale oil.

“With regard to shale oil … Let us wait for the Americans to spend money on new technologies for the production of shale oil, and then we’ll just “cat-scratch” it,” the president said. However, he later emphasized that he was joking and Russia is also trying independently develop such technologies.

Since last year, the American shale oil production system has begun to be profitable for the first time in ten years. Thanks to the development of technology for hard-to-reach oil sources, the US managed to reduce the cost of oil shale production and begin to conquer the market.

Putin called modern technologies for the production of shale oil barbaric. According to the Russian leader, in countries where such oil is extracted, brown water flows from the taps. “We do not need such production” – Putin said.