The dominance of liberals ruins Canada

The ideas of separatism flare up in the most unexpected places on the planet. It seems that the richest regions – Catalonia, California, Scotland – tend to quickly get off the sinking ship of the national economy. Now they are thinking about leaving Canada in the two most prosperous provinces of the country. How did it happen?

Canadian Prairies – the so-called two of the most prosperous provinces of Canada, Alberta and Saskatchewan. They are located in the south-west of the country, rich in oil, have a thriving agricultural industry, have been voting for conservatives for generations and are used to enjoying economic growth even in difficult times for other provinces. In the eyes of the Eastern Canadians, the inhabitants of the Prairies are bored and narrow-minded philistines alien to the values of globalism and liberalism.

The ideas of secession dominate the minds of residents of Alberta and Saskatchewan regularly. Moreover, attacks of separatism always happen during economic crises. During the Great Depression, the Alberta government promoted the idea of social credit, the federal government strongly opposed it. The inhabitants of Alberta were already ready “to get out with their bags”. In the 1970s and 1980s, a surge in separatist sentiment caused a fall in world oil prices. 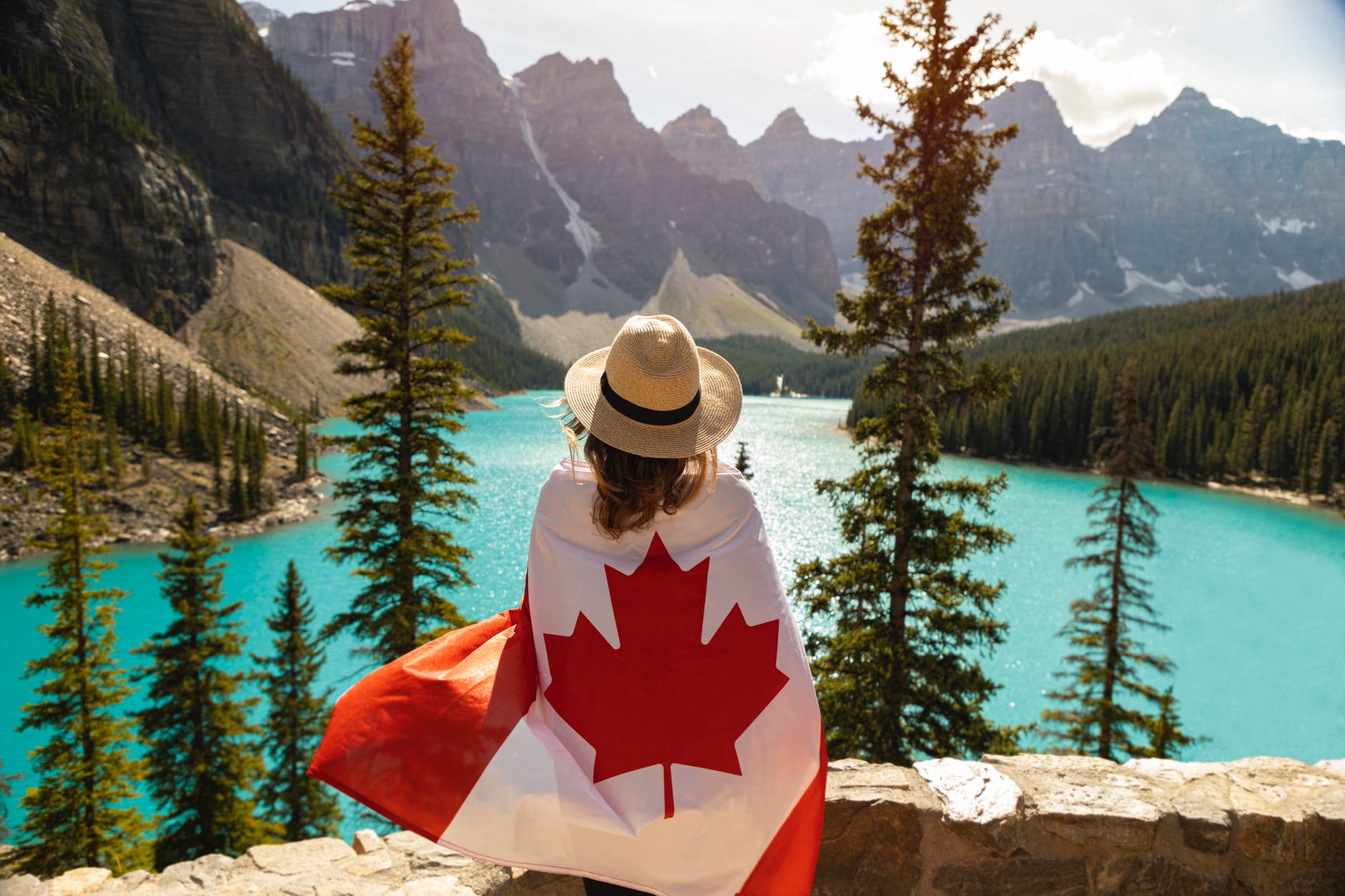 Today, the idea of separating from Ottawa once again attracts residents of Alberta and Saskatchewan. The immediate cause of their indignation was the results of the elections held in the country in 2019. Despite the unconditional victory of the conservatives in the Prairies (the support of the ruling party here was about 10%), the Liberal Party again managed, albeit with a minimum margin, to win the federal parliamentary elections. In a bloc with another party, it plans to form its own government. And Justin Trudeau, permanent leader of the liberals, will be the head of it again.

Voters of Alberta and Saskatchewan see that conservatives are once again driven out of power. For a few more years, the Trudeau government will promote a purely liberal agenda. And the point is not only that it contradicts all the vital interests of the inhabitants of the Prairies. The almighty Clan Trudeau noticeably tired the Canadian public with its irremovability. This family has been demonstrating for decades how cemented social elevators are in Canada’s political life.

The Liberal Party, of which Trudeau was a prominent member, ruled Canada with short interruptions for almost the entire second half of the 20th century. For almost 16 years, Pierre-Elliot Trudeau has been Prime Minister. After a short stay in opposition, the party returned to power – this time under the leadership of Pierre-Elliott’s eldest son, Justin Trudeau. And now he will again be the prime minister of the country. Involuntarily, the impression is that the highest post in the country is banally inherited.

Economic problems come along. During the reign of senior Trudeau, Canada’s public debt grew sevenfold. In the first three years of Trudeau Jr.’s tenure, the budget deficit increased from zero to $ 18 billion! 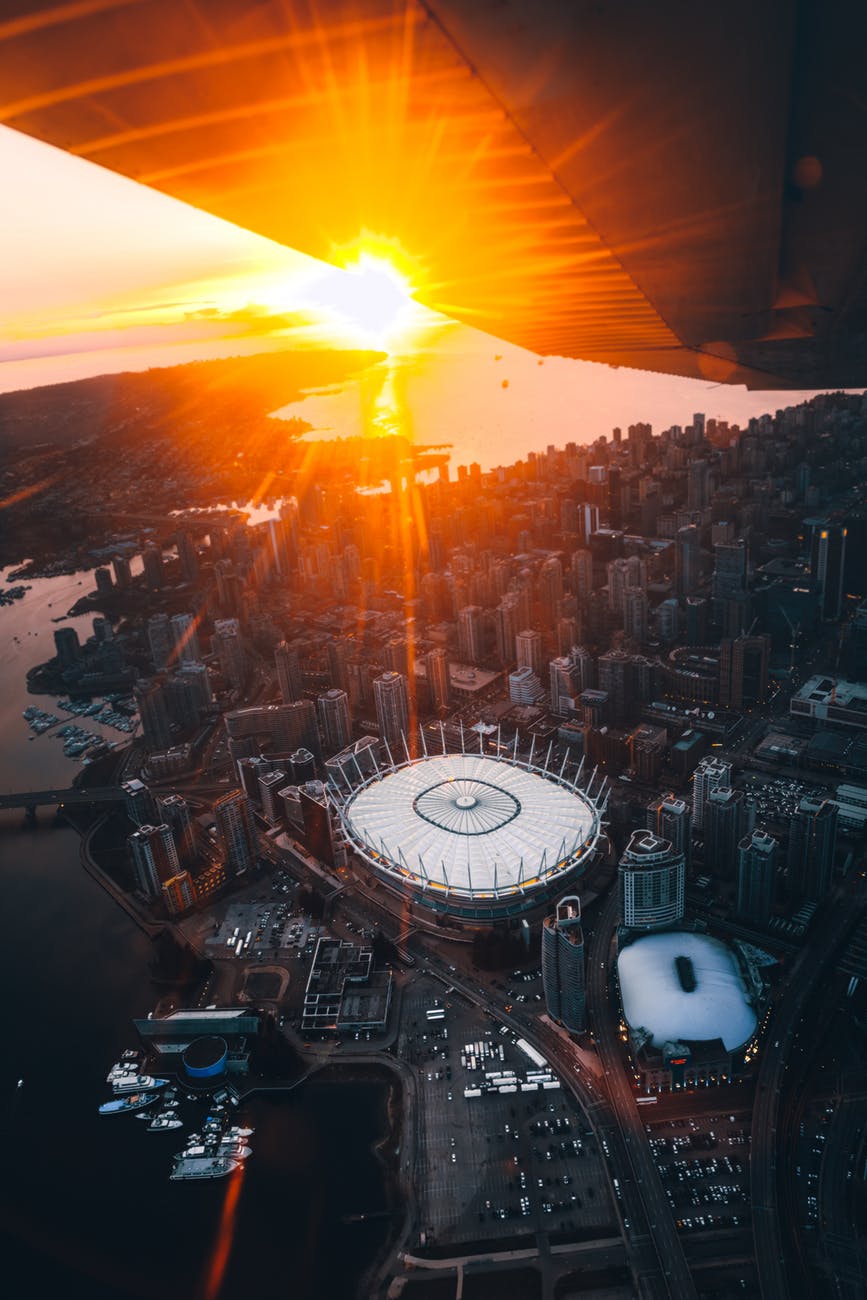 These unpleasant parallels are accompanied by a corruption scandal, showing how closely the political and business interests of the Trudeau clan are intertwined. Today, Trudeau Jr. is accused of trying to save the civil engineering company SNC-Lavalin from criminal prosecution, which is accused of giving bribes in order to obtain profitable contracts in Libya.

SNC-Lavalin is not an ordinary company. It is one of Quebec’s oldest and richest corporations. Its leadership is always represented on the board of directors of the Trudeau Family Fund. The relations of a family of politicians with these businessmen have been going on for decades and are developing on a mutually beneficial basis.

Interestingly, by supporting the Quebec business, even at the cost of its reputation, Trudeau does everything to destroy Alberta’s business.

All laws adopted by the ruling Liberal Party in recent years have reduced government investment in oil production and the development of new wells, imposed excessive taxes on oil companies, and hindered the development of the province’s largest project, the Trans Mountain pipeline, in which it was already invested more than $ 4 billion. 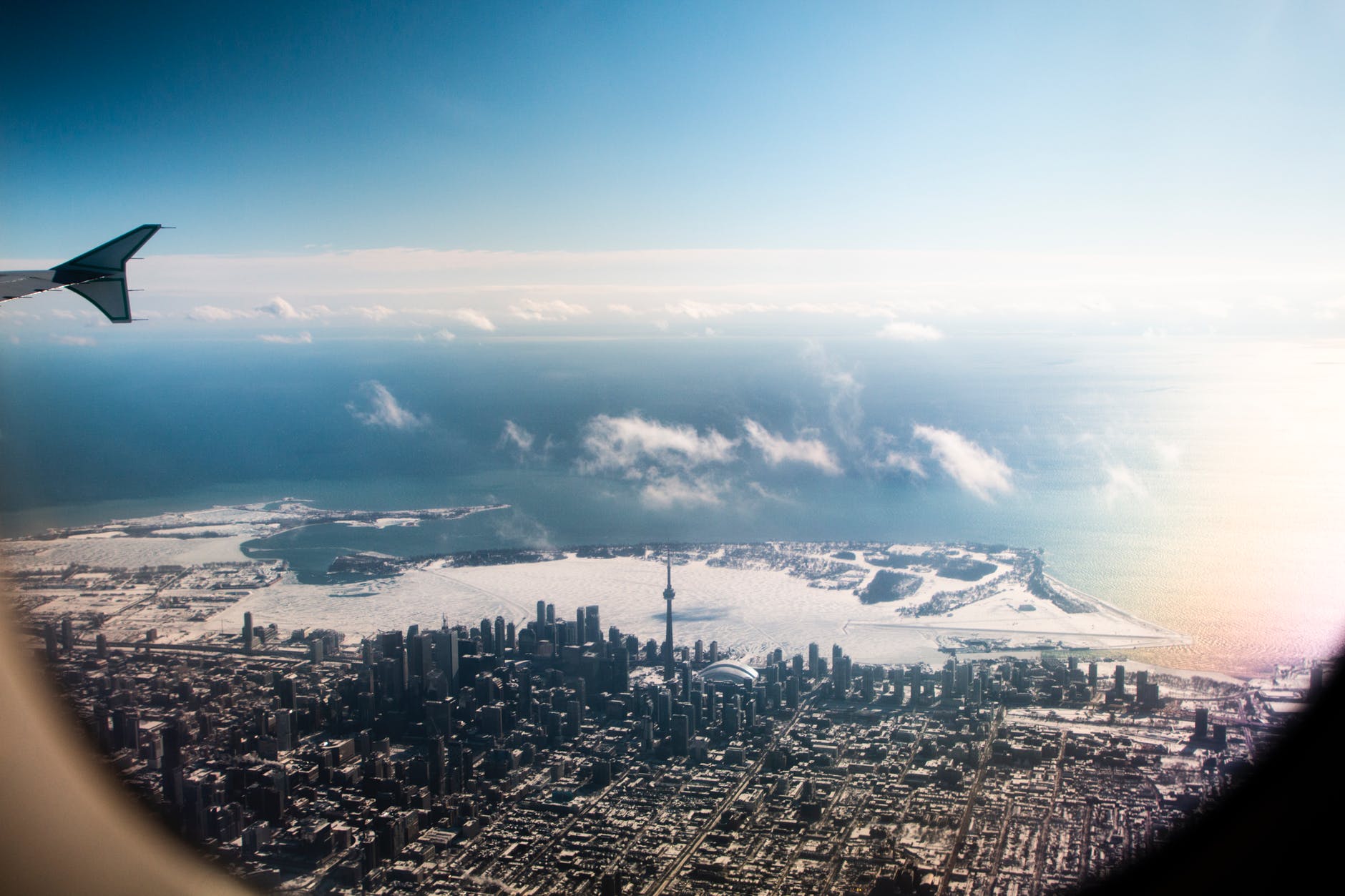 In addition to political differences, there are deep cultural differences. Alberta is contemptuously called “Canadian Texas,” alluding to the wealth and backwardness of the province. On the other hand, English-speaking residents of the Prairies are suspicious of the French-speaking provinces and their liberal agenda, including the legalization of marijuana and the fight for LGBT rights.

Oil production is becoming not just a matter of economic debate, but an acute political issue. Globalists from the eastern provinces are ready to fight to the death for closing oil wells in the western regions. In the midst of parliamentary elections in Ottawa and Montreal, demonstrations were held for reducing carbon emissions and against global warming. The oil industry has long been identified as the single culprit in climate change in Canada.

These demonstrations in the style of the unforgettable Greta Tunberg were by no means spontaneous. 350 to 500 thousand people took part in them. Public institutions, schools and universities announced a day off; public transport functioned for free. All the leading politicians of the country took part in the marches, with the exception of conservatives representing the interests of Western voters.

Additional difficulties are created by the US trade war with China. Fearing the insecurity of Canadian suppliers, the Chinese are beginning to terminate their agreements with local farmers, preferring to buy soy and wheat from South America. Farmers in the western provinces cannot sell their crops. And when the locals try to convey their concerns to Ottawa by voting for the conservatives, no one hears them anyway. The Liberal Party’s government program calls for a further reduction in oil production and a switch from traditional agriculture to marijuana cultivation – Trudeau considers the legalization of marijuana to be its main contribution to the fight against economic depression.

According to the polls, over the past 10 years, the number of Alberta residents without savings and living “from paycheck to paycheck” has grown from 29% to 50%. 60% believe that they are experiencing the worst economic situation in their lives. From 46% to 9% decreased the number of those who believe that the federal government will be able to help local residents.

The massive disappointment in the policies of Trudeau and the Liberal Party made the Canadian “Texans” massively vote for the conservatives. 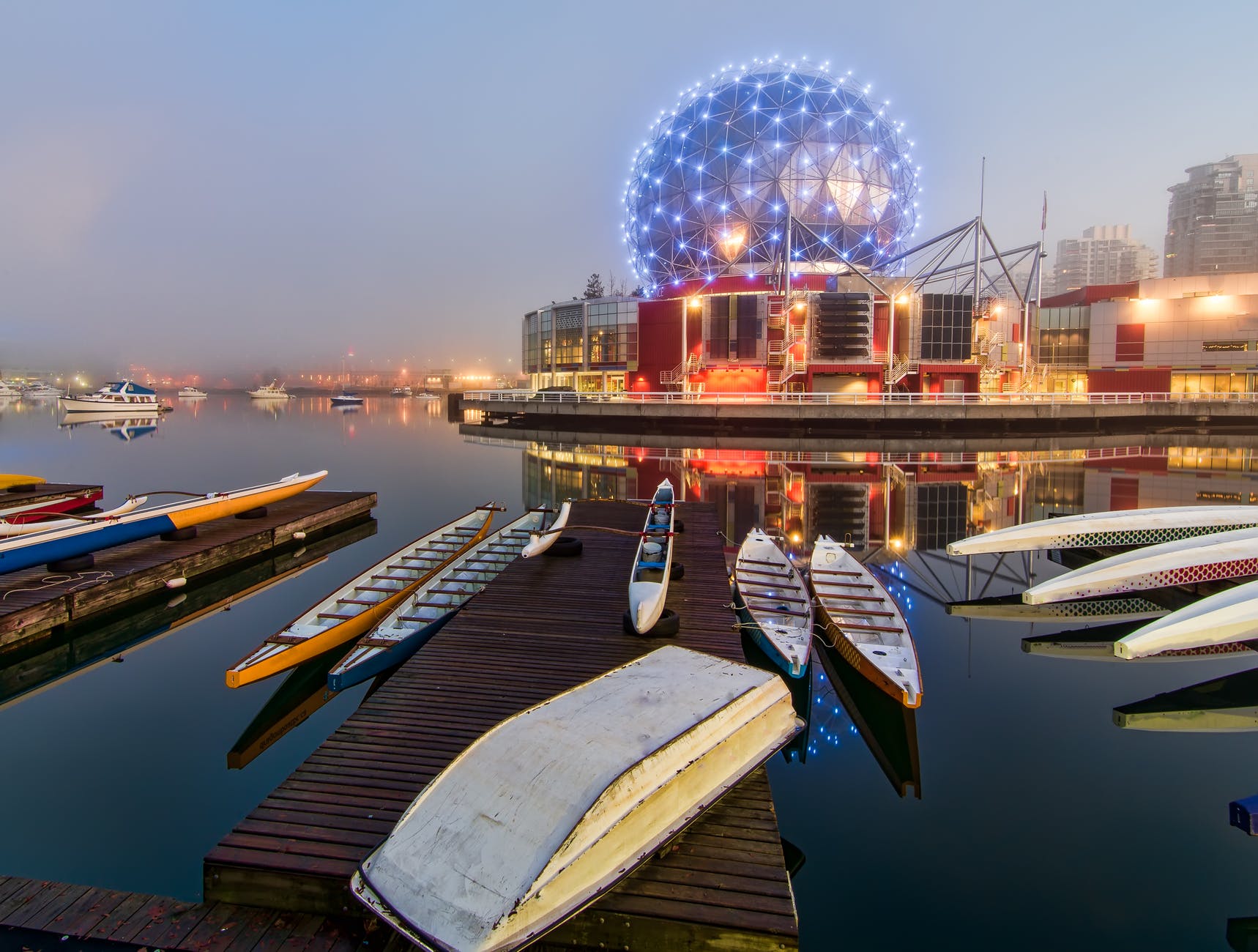 And when it became clear that the liberals had regained power, the provincial population seriously considers secession from Canada.

The idea of Wexit arose on social networks on the night after the October 21 parliamentary elections. The group of “separatists” on Facebook already has several hundred thousand people. The hashtags #sascseparation and #albertaseparation are all over Canadian Twitter. Supporters of Wexit hold their meetings in Edmonton and other cities in Alberta. Canadian senators plan to create a “focus” on the separation of Western Canada – and this is the first step towards creating a full-fledged political party of Western separatists.

As befits the separatists, residents of western provinces vying to calculate exactly how much taxes they overpay to the federal budget. According to some experts, Alberta has spent 476 billion dollars on the development of the hated Francophone Quebec over the past 58 years.

Just recently, Canada looked like an island of prosperity, on which the delights of capitalism were softened by the solid social support of citizens. Americans of liberal convictions, having become disillusioned with life at home after the victory of Trump, were massively going to emigrate to Canada. However, today with approaching world crisis the country has divided into two unequal parts that are in a state of latent civil war with each other.

It will not be easy for Justin Trudeau to solve the problem of the suddenly resurrected Western separatism. Moreover, the separatism of the Francophone provinces is also resurrecting. Immediately tripled its presence in parliament, the Quebec Bloc, a party advocating Quebec independence. 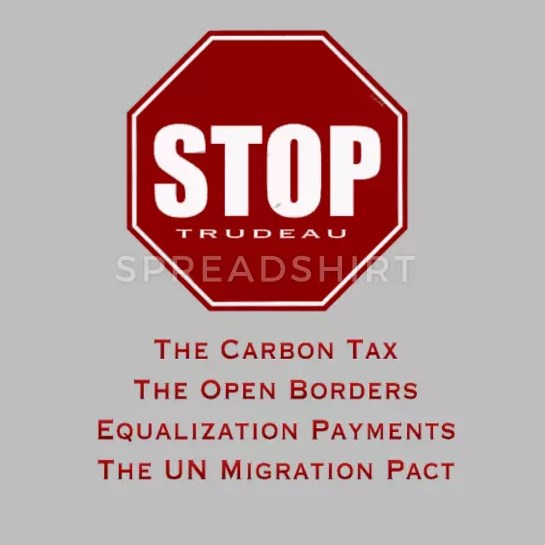