Trump’s lawyer: a complaint by a U.S. intelligence officer could have been caused by a conversation with Zelensky

An unnamed U.S. intelligence official could file a complaint with Michael Atkinson, Inspector General of Intelligence Services, over a telephone conversation between U.S. Presidents Donald Trump and Ukrainian president Vladimir Zelensky. This opinion was expressed on Thursday by Rudolf Giuliani on CNN.

He was asked to comment on the article from The Washington Post, which claimed that Trump had some reckless phrase that concerned Ukraine and affected US national interests. “If the publications are true, then this does not change anything. Shouldn’t the US president tell the Ukrainian president to investigate corruption in his country if it affects the 2016 elections (in the US),” Giuliani explained. He suggested that the corrupt acts he mentioned were committed by persons in Ukraine who “sought to set up” Trump.

The lawyer was asked to comment on the version according to which Trump transparently hinted during a conversation with Zelensky that he would block the allocation by the United States of $ 250 million for military assistance to Ukraine if Kiev refuses to investigate the underhand practices of former U.S. vice president Joseph Biden in 2016. According to Giuliani, such a hypothesis “is fully consistent with what Biden admitted two years ago: he told the then president of Ukraine Petro Poroshenko that he would not receive $ 1.2 billion if he did not fire his attorney general Victor Shokin.”

Giuliani focused on the fact that this controversial episode was not adequately covered by leading American media biased against Trump. However, these same media are now zealously unwinding the hype around the complaint of an unnamed American intelligence agent. Giuliani assured that he did not know anything about the events described by The Washington Post. 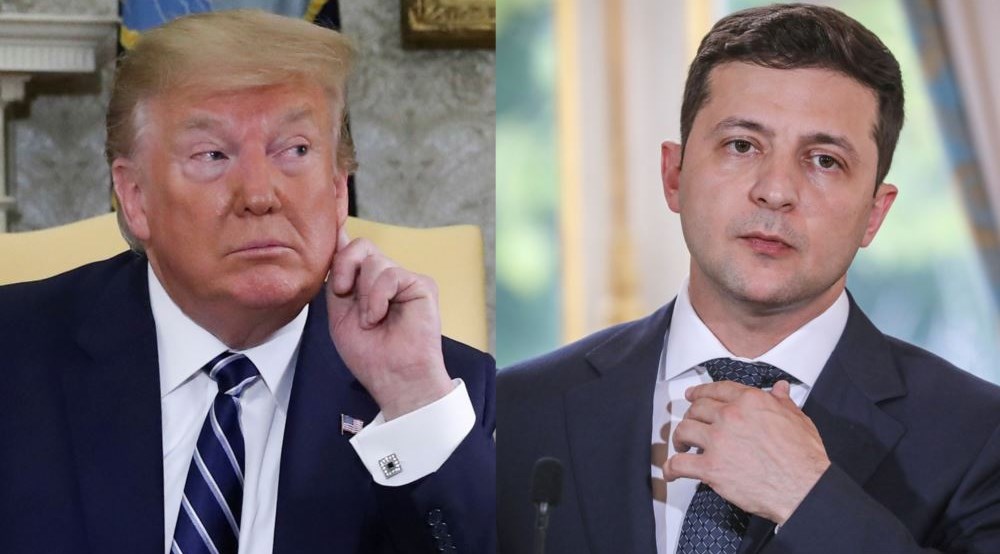 An intelligence officer filed a complaint 2.5 weeks after a telephone conversation between Trump and Zelensky. Democrats in the three committees of the House of Representatives of the US Congress are already investigating this conversation. They presume that Trump, Giuliani, and other people around Trump are trying to induce Ukraine to indirectly help the head of the Washington administration reelect for a second term in the 2020 election. Lawmakers demanded a full transcript of the conversation.

Trump himself on Thursday denied media allegations that he could in a conversation with one of the foreign leaders make a promise that infringes on American interests.

As CNN reported in August, Adam Schiff (a Democrat from California), chairman of the intelligence committee of the U.S. House of Representatives, focused on the fact that Giuliani had consulted with Ukrainian presidential aide Andriy Yermak. They allegedly concerned Biden, who is now considered Trump’s most likely rival in the upcoming presidential election in 2020. According to CNN, Giuliani and Yermak discussed what role Biden played in the dismissal of Ukrainian prosecutor Viktor Shokin. Shokin was investigating the activities of a Ukrainian gas company related to Biden’s son.

Last week, a high-ranking representative of the US administration said that the United States had restored all military assistance to Ukraine, both through the Department of State and the Pentagon. It is at least about $ 250 million from the Pentagon, which were previously frozen during the audit of the respective funds. Another $ 140 million will be allocated from the foreign affairs agency.

In late August, the US newspaper Politico reported that the US president had ordered a review of military assistance to Ukraine. As the newspaper noted, the president wants to make sure that this money is used in the best way from the point of view of the interests of the United States. At the time of the audit, these funds were frozen. According to the US Department of Defense, the amount of military assistance provided by Washington to Kiev since 2014 amounted to $ 1.5 billion.

It’s scary to live in Russia of today...
The abolition of roaming between Russia and Belarus will be the first step towards the unification of the two countries
By Giorgio Marchetti on 09/20/2019   /   All News, Featured Stories, Ukraine, US   /   Leave a comment