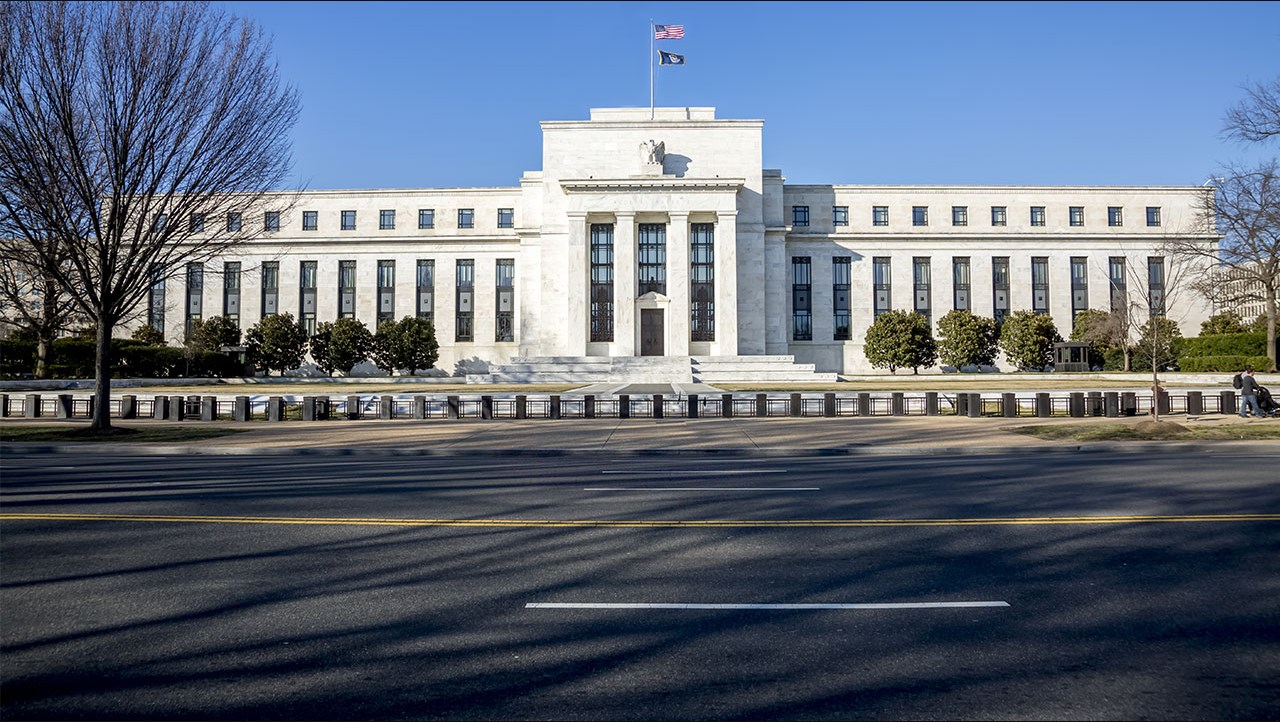 Half a century ago, an event occurred in the United States that is comparable in importance to the creation of the Federal Reserve System. But if the history of the FRS is spelled out in all textbooks on economics, then this event is hushed up and is known to an extremely narrow circle of people…

Those whom I call the “owners of money” (the main shareholders of the Federal Reserve) have done everything possible so that the event of the late 1960s does not receive much publicity. The media were ordered to keep their mouths shut. Professional bankers in America, of course, remember well the history of 1969, but for well-known reasons, it is dangerous to discuss it aloud.

The protagonist of the story was Jerome Daly, a humble lawyer from Minnesota, who was previously unknown to anyone in America. He can be likened to that boy from the tale of Hans Christian Andersen’s “New Dress of the King”, who exclaimed: “The king is naked!”

Now, first things first. We are talking about a lawsuit between Jerome Daly and the President of the First National Bank of Montgomery Lawrence Morgan. Jerome Daly became a client of this bank, having received from it a mortgage loan to buy a house. There came a time when Jerome Daly was unable to make the next mortgage payments. The bank decided to take away pledged housing from its client by suing Jerome Daly. He decided to defend himself to the end. Moreover, he was a lawyer by profession. “Butting” with banks is difficult for customers in the courts of any country, especially America. Daly used an unusual way to protect his interests. He questioned the legitimacy of the entire US banking system!

Daly, using the example of the respondent bank, posed to the judge a fundamental question: where did the credit institution get the money to issue it in the form of loans to its customers? The representative of the respondent bank retold the story known to everyone that loans are issued at the expense of the money brought by other customers who place them on deposit and other accounts. Like, a credit institution is nothing more than a financial intermediary redistributing money in the economy. The well-savvy Daly objected to this: clients throughout America brought cash (which is issued by the Federal Reserve) to deposit accounts in the amount of only 3% of the total money supply circulating in the economy. And besides, banks still need to make deductions in the form of mandatory reserves with this client money (this procedure has been established since the establishment of the FRS).

During the trial, there was a spontaneous educational program in banking for both judges and all other participants in court hearings. It turned out that the money that customers bring to the bank for deposits is inviolable, they do not leave the bank in the form of loans. They are needed in case customers suddenly want to take their savings back. This is an untouchable reserve of the bank! Very quickly, the representative of the respondent bank had to admit that the clients’ deposit money was not used to issue loans.

And where do the banks get the money to issue loans? This is the new money that banks create “out of thin air”! If God created the world “out of nothing” (“Ex nihilo”), then bankers, likened to gods, create money “out of nothing”. To identify this mysterious paradox of the monetary world, the “initiated” economists use euphemisms such as “incomplete coverage of obligations”, “partial security”, etc. 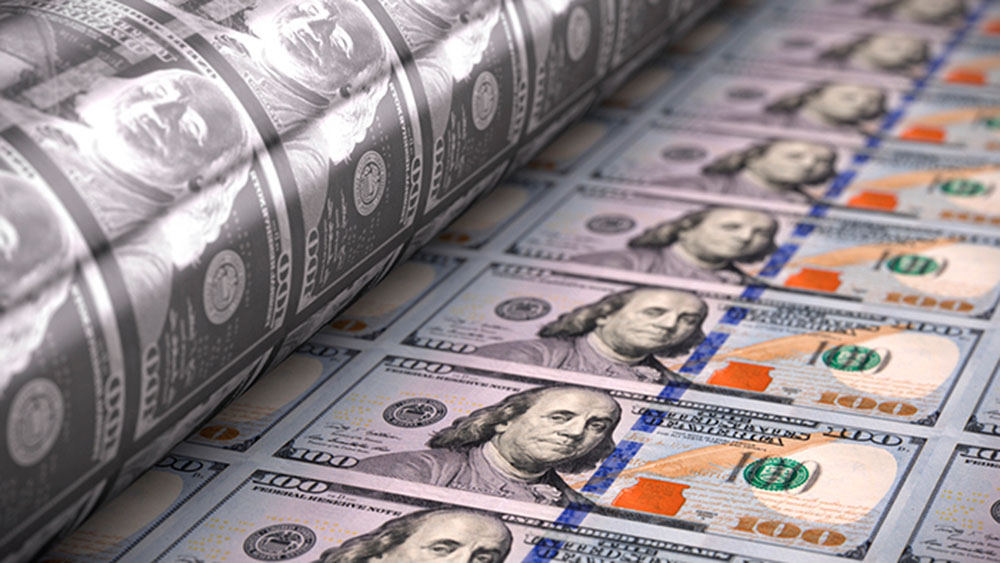 Few honest and courageous economists are trying to bring to society a simple truth: banks are engaged in counterfeiting on an especially large scale. In so large that the legitimate money issued by central banks (the status of such money is prescribed in constitutions and laws) make up only a smaller part of the total money supply. The main issuers of money (called “deposit” and existing exclusively in a non-cash form) are commercial banks. And so that they have the right to engage in counterfeiting on a particularly large scale, financial regulators (most often the same central banks) issue licenses.

The amount of counterfeit money is many times greater than the amount of real money in the economy. This is manifested during the moments of customers’ raid on banks, then the very “incomplete coverage of obligations” is revealed, which professional economists are cautious about.

Financial regulators, of course, are trying to save commercial banks by providing funds from reserve funds and issuing emergency loans. But more often than not, it ends with massive bank failures. So, during the years of the economic crisis of 1929-1932. 40% of credit institutions disappeared in the US banking system. And at the same time, billions of dollars of Americans were in the accounts of such credit organizations.

The trial between Daly and the First National Bank required judges to delve deep into the details of banking operations. The court has requested accounting papers since the issuance of the mortgage loan by the Daily. It turned out that the money given to the defendant Citizen Daly was pulled out of thin air. According to the accounting documentation, the deposits and reserves of the bank that existed before the operation remained the same. At the same time, there was an increase in the value of bank assets by the amount of the loan issued. In general, some kind of monetary and accounting alchemy! 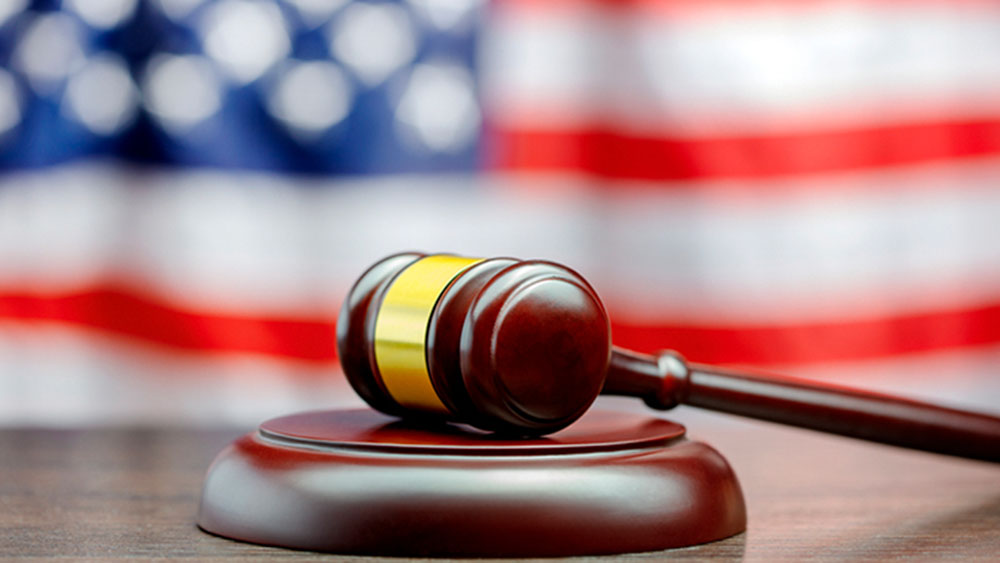 Finally, the representative of the respondent bank made a hard-hitting statement: the deal with the plaintiff, citizen Daly, was no exception. This is a common practice of any American and European lending institution.

The trial in the Daly case ended the next year in 1969. It ended with the complete victory of the plaintiff. In the final verdict, signed by Judge Martin Mahoney, it was said that the creation of credit money in the process of issuing mortgages to citizens is contrary to Section 10 of Article 1 of the US Constitution. The court decision of that time can be found here.

In the USA, as we know, there is case law. Nevertheless, the U.S. courts were given an unspoken command. Firstly, lawsuits such as that filed by citizen Daly are not to be accepted under any pretext. Secondly, in deciding various court cases related to bank disputes, the precedent of the case of the First National Bank of Montgomery versus Jerome Daly is not to be referred to.

It must be said that the trial attracted numerous observers in 1968-1969. There have been many publications devoted to this story. They drew attention to the fact that in fact, banks create money from nothing. New money from banks does not have any collateral in the form of gold and other precious metals, it’s not used to create goods and tangible assets, it only creates new debts for customers (government, corporations, individuals).

Today, the total debt of all sectors of the US economy (government, financial and non-financial corporations, households) is approaching 300% of GDP. Approximately the same level of total debt is in the eurozone countries. All this is the result of unbridled growth in the mass of unsecured credit money from commercial banks, creating debts and becoming a means of seizing all the wealth of society by bankers-loan sharks.

Credit money from banks is secured only by a few percent (at best, a few tens of percent) of legal cash on deposits that are physically in the cash desks and vaults of commercial banks and the Central Bank. In the lingo of usurers, as I noted above, this is called “incomplete”, or “partial” reservation of bank obligations. 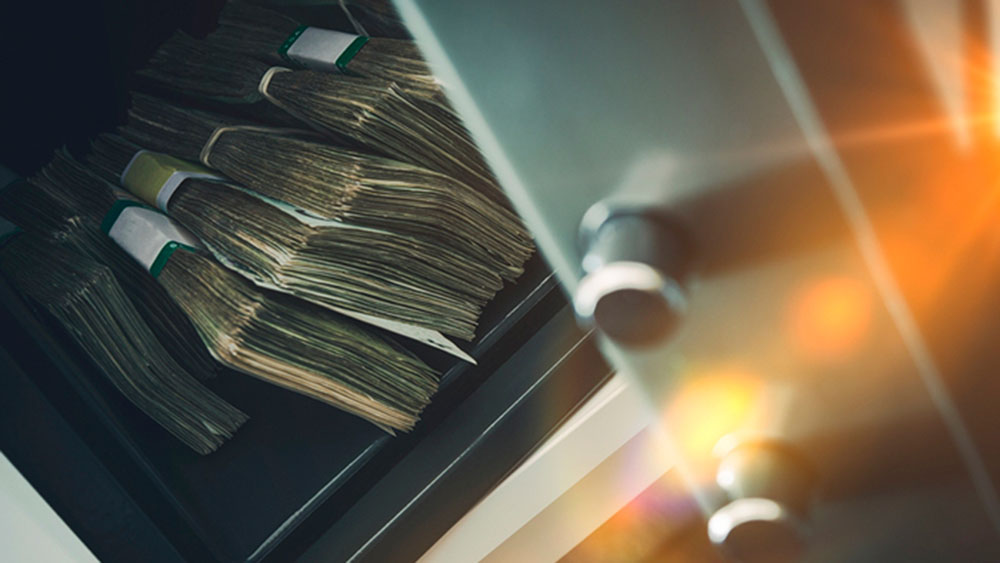 When such banks collapse with incomplete reservations (as a result of raids by depositors), central banks and governments come to the aid. Central banks turn on “money printing machines,” accelerating inflation, which is an invisible form of taxation of society. And governments give loans to drowning banks or temporarily enter the capital of such banks (“technical nationalization”), in this case, banks with a partial reservation are saved at the expense of taxpayers.

So, the money created by banks is virtual and fake. But the fulfillment of their obligations by customers, especially individuals, is carried out with the help of real money, and also often with the help of very real physical assets that acted as collateral. The right to issue money under the American Constitution belongs to the US Congress. Adopted in the last days of 1913, the Federal Reserve Act delegated these rights to a new institution called the US Federal Reserve. And it turns out that most of the money in the USA is created in violation of the law by commercial banks. It’s a real shock for an average American citizen.

Following a Minnesota court ruling in the Daly case, citizens inspired by the success of a humble lawyer in several states in the USA decided to claim their rights by suing creditor banks. Alas, they failed to repeat the success of the Daly. Banks remained even, and actively-minded debtors were blacklisted.

This is not to say that the Daly story is completely blocked by the “masters of money” and forgotten by the people. No, nevertheless, it provoked the creation in America of a number of public organizations that are stubbornly struggling to restore the constitutional rights of citizens in the monetary sphere and to eliminate large-scale banking counterfeiting. I learned about this story from Daly about thirty years ago when I was in the USA and talked with American social activists.

Do not flatter yourself with the illusions that such a counterfeiting system exists, they say, only in America. It’s all over the world, including Russia. Article 75 of the Constitution of the Russian Federation determines that the right to issue the Russian ruble belongs exclusively to the Bank of Russia. In fact, almost all commercial banks are engaged in such emissions in Russia.

Is the Second Great Depression looming?
US Economy - Ratings and Findings
By Giorgio Marchetti on 10/24/2019   /   All News, Economy, Featured Stories, US   /   Leave a comment