US cruise missiles in Poland and Romania are aimed at Russia. Will Russia respond? 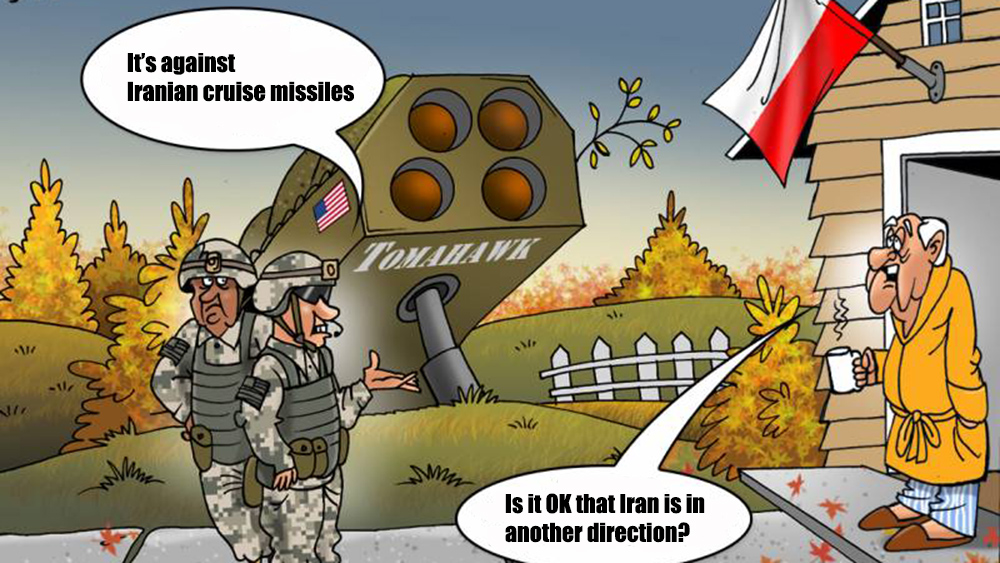 The United States intends to deploy its Tomahawks in close proximity to Russian borders. Missile defense bases will be deployed in Poland and Romania. Currently, these two countries are considered by the United States as key allies in the East European direction.

The military base in Redzikowo could be of utmost importance to the US missile defense system. Redzikowo is a small village 150 km from Gdansk, with a population of 1.5 thousand people. Not far from the village is located the old military airport, where one of the Polish aviation regiments was previously based. Later, it was decided to create a missile defense base there. Now its construction is being completed, and it’ll be opened in the nearest future. The US command plans to deploy the most modern SM-3 missile launchers.

Representatives of the US armed forces assure that the deployment of the missile defense system in Poland will protect Europe from Iranian missile attacks. But it’s clear that Tehran was not going to and is unlikely planning to strike Europe, and especially Poland, which is of no interest to it and has never had direct conflicts with Iran. But right next to Poland is Russia, against which US missiles are actually directed.

By the way, the famous Tomahawk cruise missiles can be launched from the Mk-41 Vertical Launching System, designed for medium range. On August 18, 2019, the US tested a medium- and shorter-range ground-based missile on the basis of the Mk-41 launcher. This launcher will be located in Redzikowo. 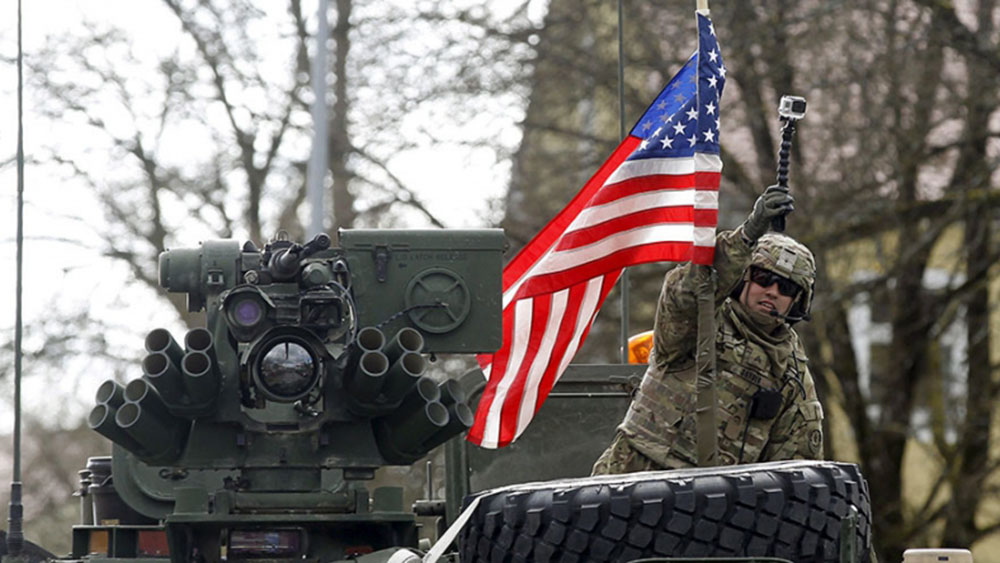 The range of missiles launched from this system is up to 5 thousand kilometers. That is, by deploying such systems in Poland, the American armed forces are able to threaten the western regions of Russia. And this fact causes concern in Moscow.

But Warsaw is unbelievably happy about the American base in the country. For Poland, the deployment of defense missile systems is not only another unfriendly gesture towards hated Russia but also a source of additional funding, evidence of the deepening of “special” relations with the United States, which the Polish leadership cherishes more than the country’s membership in the European Union. Therefore, Americans will not have any problems with the deployment of a military facility in Poland. Moreover, Warsaw itself insists on a further increase in US military presence in Poland.

Meanwhile, not everyone in Poland positively looks at the deployment of the American missile defense system in Redzikowo. Thus, the Polish publicist Marek Shchverchinsky in his article in “Polityka” newspaper emphasizes that Redzikowo would rather suffer itself from a Russian preventive strike than it would become a place from where the Americans would strike Russia. The Polish author also noted that the Poles themselves do not fully know and do not fully understand what kind of missiles the Americans are going to deploy at the base in Redzikowo.

However, when it comes to American bases, the Polish leadership demonstrates rare uncompromisingness and immediately forgets about democracy as the “core value” of European states: no one has asked and is not going to ask ordinary Polish citizens if they agree with the deployment of a potentially dangerous facility of foreign armed forces on their territory. 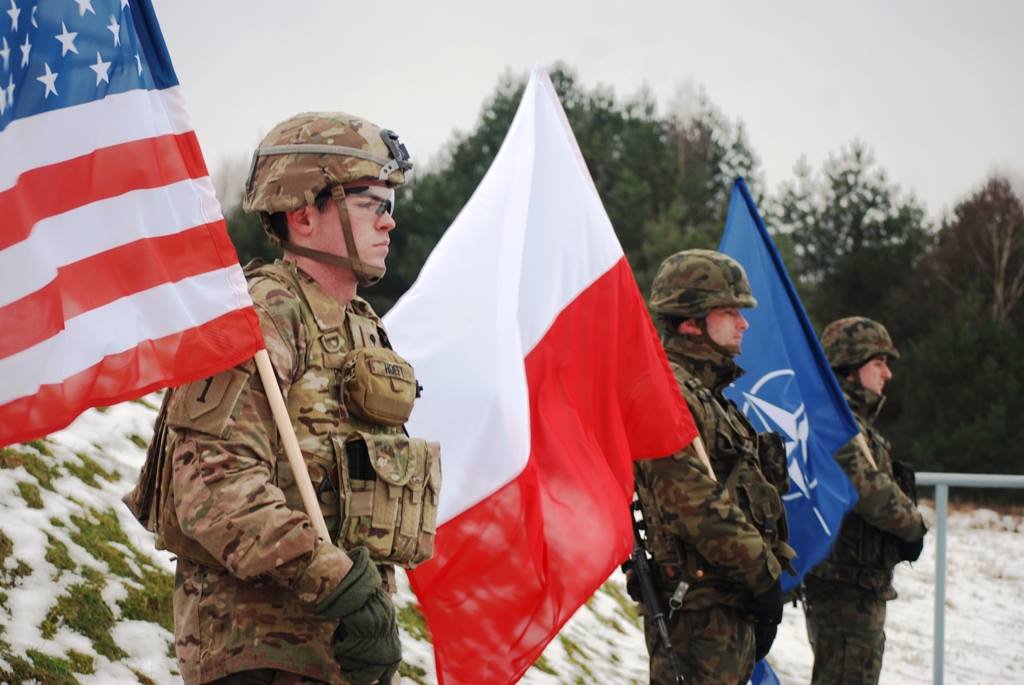 The US military base in Romania

A similar US missile defense base is deployed in Romania, in the town of Deveselu. It’s situated in the south of the country. In 1952, Soviet engineers built a military airbase there – at the time Romania was an ally of the USSR and, of course, Moscow provided it with all-round assistance in developing the military infrastructure, in fact, totally reformed the Romanian armed forces defeated by the Red Army during the Second World War (in Russian, Great Patriotic War). The Romanian air base existed in Devesela for fifty years, until 2002.

In 2010, Romanian President Traian Basescu allowed the construction of an American military base, and in 2014 the deployment of the US missile defense system began in Deveselu. There are 3 anti-ballistic missile batteries at the base. Each battery is armed with 8 SM-3 Block IB missile systems. Regarding the presence of Tomahawk missiles at the Romanian base, information is divergent. It is quite possible that the US deployed its cruise missiles in Deveselu.

The military base in Romania has also been deployed solely to confront Russia. The difference is that the Polish base is oriented to the north, and the Romanian – to the Crimean peninsula and the southern regions of Russia.

As you know, one of the most important US tasks in the Black Sea region is to prevent the expansion of the Russian military presence in the Black Sea, especially amid the reunification of Crimea with Russia and the political situation in Ukraine. And the deployment of missiles in Romania fits into this concept. 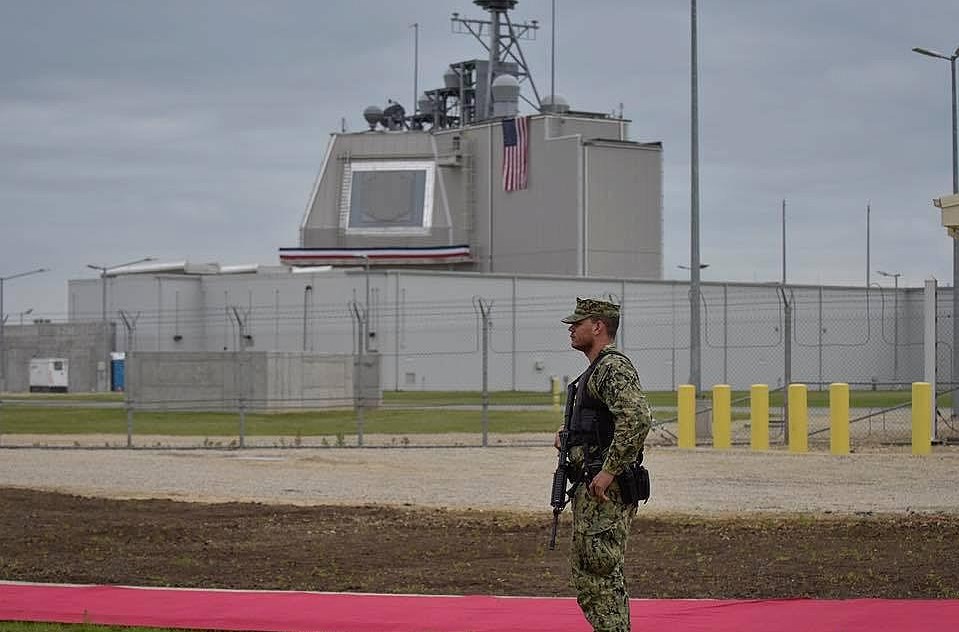 Of course, the U.S. military claims, as in the case of the Polish base, that the missiles are deployed solely for defensive purposes in order to protect Southeast Europe from possible aggressive actions by Iran. However, while the Romanian direction can somehow be connected with the need to protect against Iran, the deployment of anti-ballistic systems in Poland is even purely geographically difficult to explain with the need for protection against Iranian missiles.

The Romanian authorities, like the Polish leadership, are very supportive of the presence of the US military on its territory. Although Bucharest does not make such harsh statements against Russia as Warsaw, it is clear that Romania is now one of the most important components of the American system of restraining Russia in Eastern Europe.

In addition, Romania has its own claims to Russia related to Russian influence in Moldova. Chisinau is still rushing between Moscow and Bucharest, backed by Washington and Brussels. In such a situation, the deployment of American missile systems on Romanian territory is seen as yet another way to mess with Russia, since it has not been possible to completely “Romanize” Moldova and solve the Transnistrian conflict.

In 2016, nuclear weapons began to be transported from the Incirlik Turkish air base, where the US military was previously located, to the Deveselu base. The deployment of nuclear weapons is associated with numerous risks that are inevitably present in the event of the appearance of such military infrastructure in the country. In addition, in the event of a real armed conflict with Russia, the territory of Romania will become a target for Russian missiles.

What will be the reaction of Russia?

Naturally, the Russian leadership took very painfully the deployment of US military bases with missiles in Poland and Romania. Moscow’s anxiety has especially increased after the United States withdrew from the Treaty on the Elimination of Intermediate-Range and Shorter-Range Missiles, which created additional risks. Indeed, now the United States does not even have formal obstacles to deploying medium-range missiles in Poland and Romania. And there is no doubt that Washington will take advantage of new opportunities with pleasure.

Almost immediately after Vice-Admiral John Hill, the head of the United States Missile Defense Agency, visited Poland, an operational meeting of permanent members of the Russian Security Council was held in the Kremlin with the participation of Russian President Vladimir Putin.

Most probably, the question of the upcoming deployment of American missiles in Poland could be one of the main topics. After all, Moscow is now extremely concerned about how to respond symmetrically to the unfriendly US actions. Although Russia promised not to deploy its medium- and shorter-range missiles, the promise was valid until the United States itself began to deploy missiles in Europe. Now, the US military command has created all the necessary conditions for deploying medium-range missiles at military bases in Poland and Romania.

How can Russian Federation respond to the deployment of American missiles in Poland and Romania? To begin with, back in February 2019, Russian Minister of Defense Army General Sergei Shoigu emphasized: Russia intends to develop a ground-based version of the Caliber complex with a long-range cruise missile and a ground-based complex with a long-range hypersonic missile. 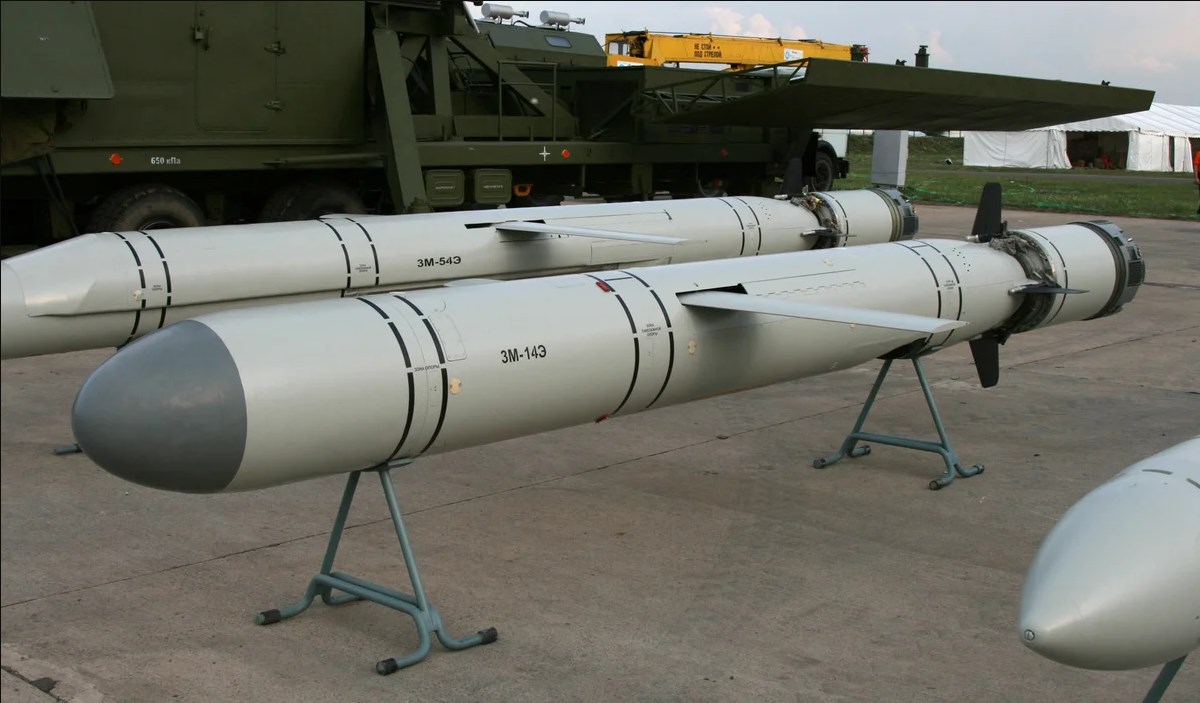 If the Americans did not abandon their plans, Russia could deploy Caliber and Zircon ground-based missile systems in at least two directions. The first direction is Kaliningrad. The deployment of missiles in the Kaliningrad region will create parity with American missiles in neighboring Poland. Mk-41 launchers will be under the gun of Russian systems. And Warsaw will have to think about whether it is worth turning its territory into a target for Russian weapons, or whether American bases are not so necessary for Poland.

The second direction is Crimea. After reunification with the Russian Federation, the peninsula regained its strategic importance in the defense system of our country. And the importance of Crimea is not only that the main base of the Russian Black Sea Fleet is located in Sevastopol. Russian missile systems might be deployed in the Crimea, targeting Europe and the base in Deveselu in Romania.

It is almost impossible to intercept Zircon hypersonic cruise missiles, therefore, in the event of a conflict, Russia will be able to deliver a guaranteed strike against US and NATO military facilities in Romania, Poland, Italy, Greece and some other countries of Eastern, Central, and Southern Europe. The authorities of these countries should consider whether there is practical sense in the deployment of American facilities, or whether they bring much greater danger to their states than without the deployment of military bases of the American army.

First and the last meeting with Russian Spetznaz (Revelations of American Soldier)
Watchmen Series Is Undisguised Warning of Civil War in US
By Guest Writer on 10/27/2019   /   All News, Featured Stories, Military, US   /   Leave a comment