US Economy – Ratings and Findings 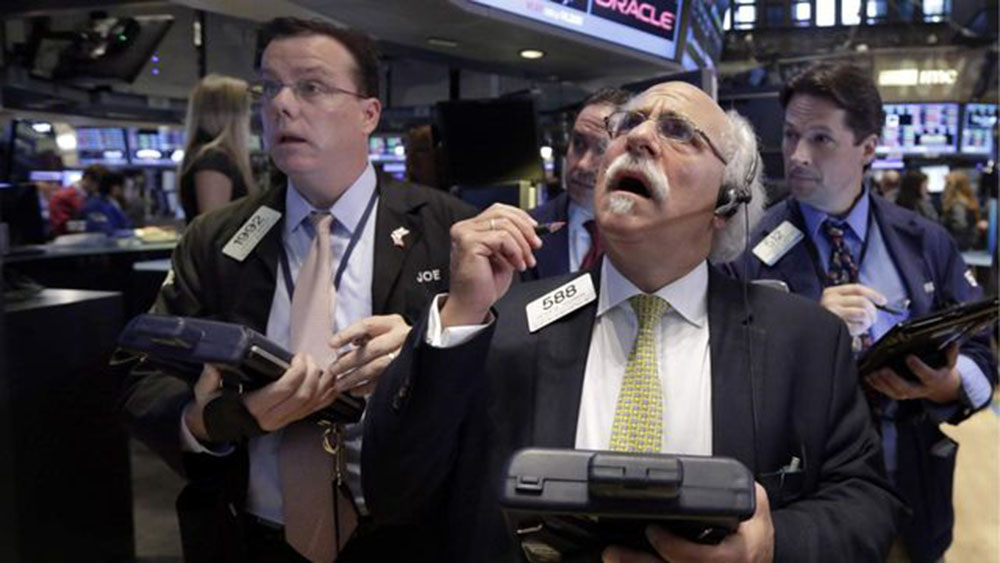 According to the latest Wall Street Journal publication, approximately 60% of all debt bonds in the US economy have a junk rating of BBB.

The other day, analysts at JP Morgan Chase and Goldman Sachs issued mutually independent reports but voicing almost identical conclusions. According to their calculations, the Fed’s tactic to flood the liquidity crisis with money does not work. Moreover, markets use repos to dump treasuries (which they “pledge”) and get cash. As a result, the Fed’s balance is rapidly swelling, and money doesn’t reach the real sector of the economy.

And what should they do if, according to the latest Wall Street Journal analysis, approximately 60% of all debt bonds in the US economy have a junk rating of BBB.

Moreover, the investigation showed that rating agencies intentionally overstate the reliability ratings of some companies (most likely, for bribes, of course), which by all indications are insolvent for a long time and remain afloat solely due to new loans (see my article on “corporations -zombie”).

And when the recession is officially recognized and the crisis goes into an acute phase, such companies will serve as an additional factor aggravating the depth of the fall.

Also, for about a year, the value of global venture investments in technology startups has been falling. Some analysts see this as a repeat of the dot-com crisis when investments in web technologies have been overestimated multiple times. 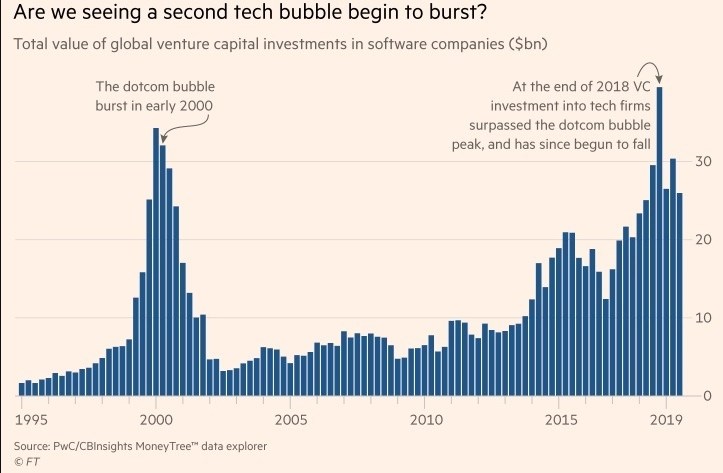 By the way, according to Bloomberg, while in China most of the new millionaires relate to activities in the fields of industry and construction, in the USA the vast majority relates to the sphere of financial speculation. And their assets are not physical in nature (in the form of industries, mines, real estate or equipment), but are concentrated in “securities”. In the event of a stock market collapse, these nouveau riche will instantly return to where they came from.

And the USA in the last IMF report fell to third place in terms of “contribution to the growth of world GDP”. Even fierce printing of dollars does not help.

However, this is not surprising. Because if earlier American politics always served the interests of the economy, now it is increasingly openly harming them.

The most recent example is that one of the world’s largest oil companies, Chevron, is desperately trying to stay in Venezuela and prevent Rosneft from driving Chevron out of the country. Instead of helping their company to fight for the market, the State Department put forward the condition “three more months, and stop any interaction with Venezuela”.

The worst crisis is the management crisis, the crisis of the lack of competent personnel.

And the fact that 44% of Americans spend more than they earn is just an illustration of the general crisis in the heads.

Unfortunately, based on the foregoing, a picture is quite unsightly for the United States.

US Court - All Banks Are Counterfeiters (Proved by Jerome Daly a humble lawyer from Minnesota)
Zombie corporations are grave diggers of the old economy
By factoidb on 10/23/2019   /   All News, Economy, Featured Stories, US   /   Leave a comment