What Rudy Giuliani dug up on Biden during a visit to Ukraine? Plundered grants and billions of Poroshenko 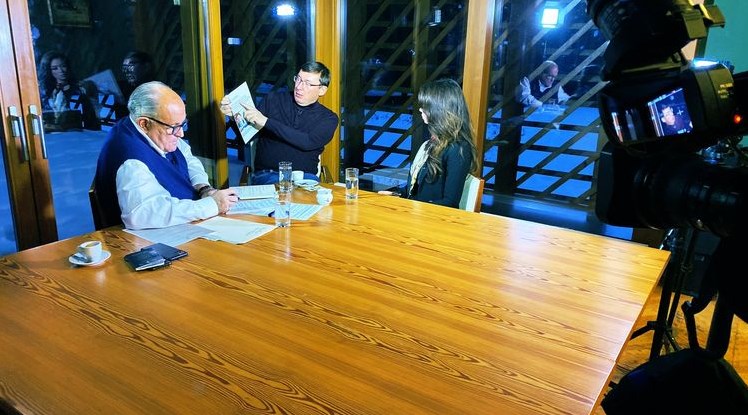 Ex-Prosecutor General of Ukraine became one of the main witnesses of Giuliani, giving an interview in Budapest

Trump’s lawyer Rudy Giuliani is preparing a report on Ukrainegate after a two-day trip to Kiev, where he was looking for compromising material on his client’s rival Joe Biden.

“I am collecting evidence to protect my client from false charges against him,” Giuliani succinctly explained the purpose of the Ukrainian voyage.

Trump has already announced “a lot of good information.” 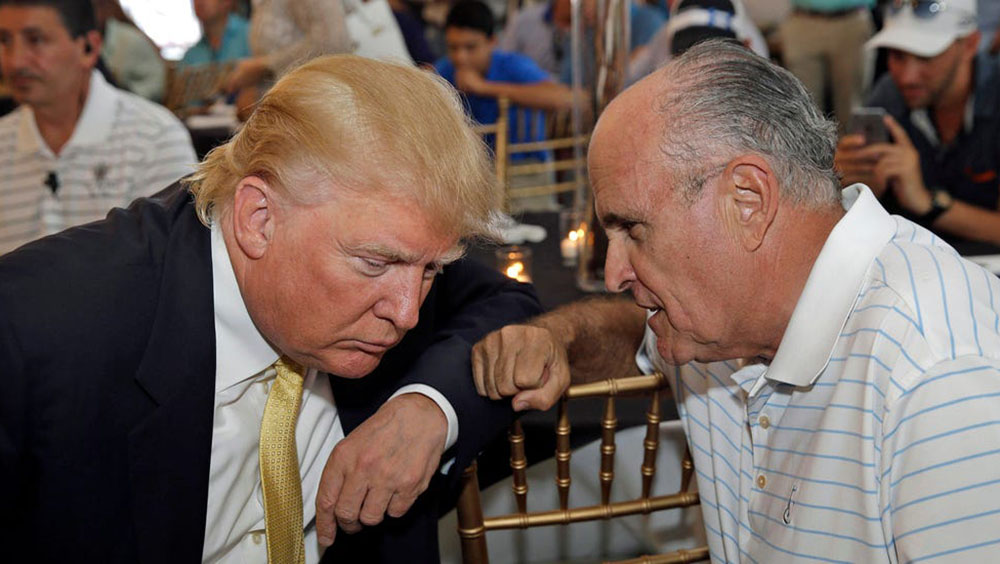 Giuliani has already published a part of the bombshell news from Kiev on his Twitter. In particular, about $ 5 billion stolen under the former US ambassador Marie Yovanovitch, most part of which according to him were spent on non-governmental organizations of the US embassy, which forced the Ukrainian law enforcement agencies to stop investigations.

The alleged abuse of US funds, Giuliani wrote, was discovered by the Accounts Chamber of Ukraine, and this happened during the Obama administration, at a time when Biden was a key figure.

Giuliani’s report, which will include incriminating evidence against Biden, Jovanovic, and the former Ukrainian authorities, should be submitted to Congress, the US Attorney General and the Department of Justice, as opposed to the impeachment case launched by the Democrats.

Giuliani was escorted by television team from One America News, a television broadcaster close to the Republicans, who are preparing a three-part program, “Ukrainian Witnesses Destroy Adam Schiff’s Case”.

Trump accuses Biden of corruption in Ukraine during his service as vice president under President Obama, namely, that he got a place for his son Hunter in Burisma gas company and allegedly blackmailing with assistance of a billion dollars, ordered Poroshenko to dismiss the then general prosecutor Viktor Shokin, who was investigating the case of Burisma.

The TV program also accuses Jovanovic of a lie, who testified against Trump in Congress, calling Lutsenko a corrupt official, and Avakov “a reasonable person”.

According to the Wall Street Journal, Jovanovic tried to thwart Giuliani’s attempts to put pressure on the Ukrainian side to investigate Biden.

“In the program, which was filmed by journalists along with Giuliani, they want to show that it was Biden, and not Trump, who put pressure on the Ukrainian authorities, and that Ukraine, not Russia, interfered in the elections in the USA, with the assistance of Jovanovic, who allocated American aid to lapdog grant organizations. There will also be the consequences for Ukraine due to Giuliani’s visit – evidence of the corruption of the past government, and excessive spending on NGOs, which could result in a criminal case against Poroshenko and many other “grant-eaters”.

How to earn billions on the state debt of Ukraine

Giuliani flew to Kiev on December 4 with a WizzAir low-cost airline flight from Budapest, where on the eve he recorded an interview with ex-Prosecutor General Yury Lutsenko, who, in particular, talked about foisting on him a list of “untouchables” with grant-eaters and anti-corruption officials.

Actually, it is Lutsenko who, apparently, is a source of information about the theft of $ 5 billion of American aid under the protection of the US embassy. At least, he talked about it back in March, when he first came down hard on Jovanovic.

In addition to Lutsenko, in the capital of Hungary, Giuliani met with former US Embassy employee Andrei Telizhenko, former Ukrainian member of parliament Andrei Artemenko (last summer he became the only Ukrainian to testify before the grand jury as part of an investigation by special prosecutor Robert Muller) and the former CEC (Central Electoral Commission) chairman Mikhail Ohendovsky, who, together with the former head of the campaign headquarters of Trump Paul Manafort, appeared in the case of “black bookkeeping” of the Party of Regions.

“We discussed the gigantic sums of money that were spent under President Obama and President Poroshenko. Firstly, it’s $5 billion of stolen American aid that has been provided to Ukraine since 2014 and most of which has been squandered by different grant organizations. We also talked about $ 7.4 billion transferred offshore to Tempelton Fund which bought Ukrainian internal state bonds. Biden, Democrats, Yanukovych, and Poroshenko were all involved in the Fund. In other words, they were illegally making money off of the state debt of Ukraine. The US Embassy in Ukraine under L. Yovanovitch according to Lutsenko, has blocked $7.4 billion investigation”, – said Telizhenko, the organizer of the meeting with Giuliani in Budapest and Kiev.

Telizhenko himself testified about Ukraine’s interference in US elections, namely about the then government and the US embassy support of Hillary Clinton. 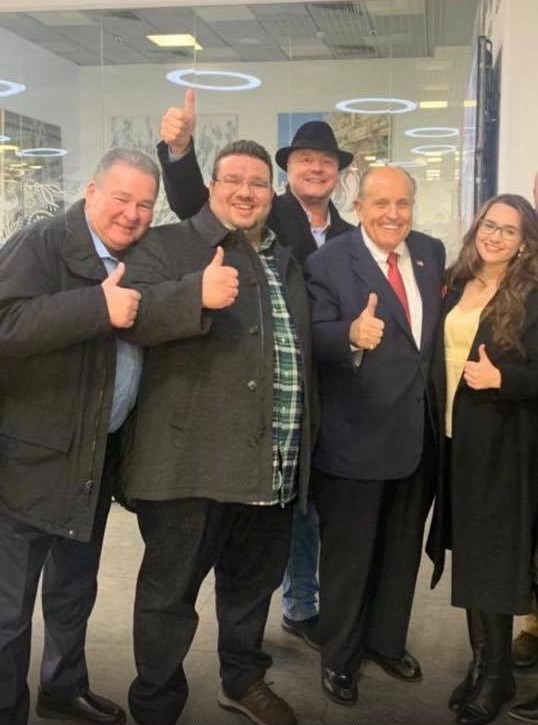 Dubinsky told about the Tempelton Fund and accused it of laundering $10 billion dollars by Poroshenko and Yanukovych. According to Dubinsky, senior officials of the NBU (National Bank of Ukraine), and representative of Ukraine at the IMF Rashkovan were involved in the scheme.

“Rudy Giuliani’s trip to Kiev came as a surprise to both the Ukrainian officials and officials in Washington. Giuliani didn’t even meet with Chargé d’Affaires William Taylor, for whom Giuliani’s visit was also a surprise. According to Trump’s opponents, he met with ambiguous characters – former prosecutors fired with a scandal, and members of Ukrainian parliament associated with Kolomoisky, whom Giuliani called Trump’s enemy back in May. Now, it seems, the concept has changed, ” Peter Stone said.

Giuliani’s visit also took the Zelensky Office by surprise. According to BuzzFeed, president Zelensky learned about the arrival of Trump’s lawyer from the mass media.

Giuliani did not have a single meeting with representatives of the current Ukrainian authorities and Zelensky’s close circle. Giuliani sees Zelensky’s team as people backed by George Soros and the Democratic Party of the US. Giuliani believes that the team of President Zelensky in its current form is not going to investigate either Ukraine’s interference in the United States elections nor the corruption of the Biden family. Therefore, there is no reason for a meeting.