Zombie corporations are grave diggers of the old economy 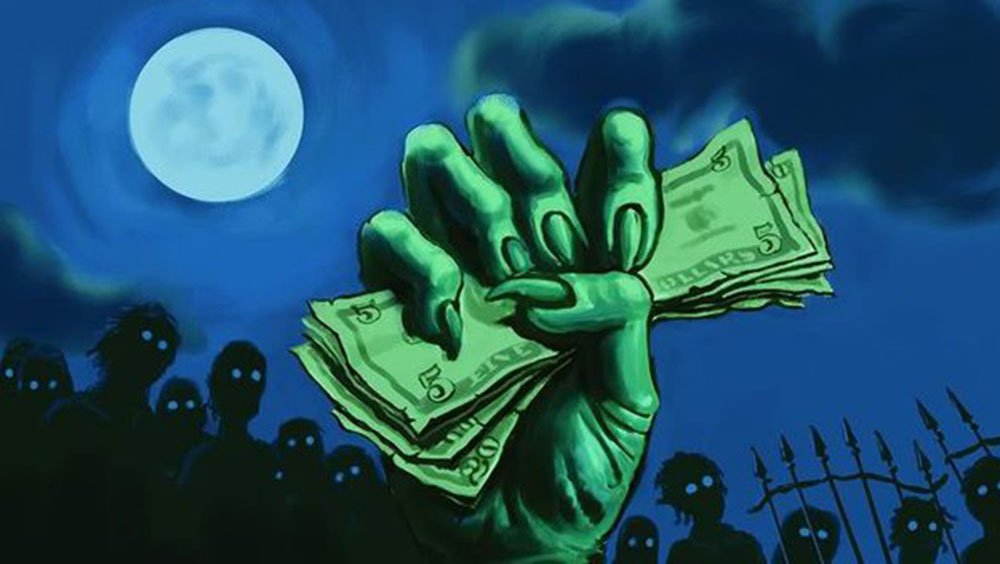 “Zombie corporations” do not make any profit, but exist by receiving more and more new loans.

More and more different companies fall under this definition every year. If initially, when this phenomenon began to be detected, the definition of “zombie companies” included mainly various “venture startups” like “Uber”, which were not connected with production in any way, then gradually the situation worsened.

At first, the majority of Elon Musk companies got into “unprofitable, but successful” ones. It was then that Ruslan Karmanov coined the term “high-tech imitation.” When instead of real high technologies, people (investors including) are force-fed with turtlenecks, smoothies and wow effects.

The first who burnt out on this was “Elon Musk in a Skirt” Elizabeth Holmes. Her “medical” company, as it turned out later, did not invent any new technologies, but used the equipment of third-party companies. And the bubble of several billion dollars burst out instantly.

But Elon Musk himself continues to stay afloat (although investigations into fraud continue), and his companies are stably unprofitable. Mainly due to the fact that every time the shares of one of the companies fall, he goes on stage and says something even more ambitious than before. From useless Powerwall batteries to useless tunnels for transporting cars, from unrealistic Hyperlops to unrealistic claims to colonize Mars.

It all boils down to “you don’t pay attention that we are unprofitable, here we will introduce new technology, reduce the cost of the existing one, capture a large part of the market etc – and immediately begin to generate trillion dollars of profits.” But time passes, and the profit does not appear.

A similar scheme was implemented with the so-called “shale revolution”. Drilling shale oil was initially unprofitable, and remains unprofitable to this day.

Moreover, the most easily accessible and promising deposits were initially developed, and the further, the lower the return. And the reduction in production costs due to the simplification of the formula led to a sharp drop in the quality of the produced oil (its off-scale sulfur content).

New wells need new loans, and the money-flow from shale oil production is not enough even to pay off old loans. This is the road to nowhere, guaranteed bankruptcy (it’s both easier and cheaper to recognize the loss of this money now than to continue to finance obviously unprofitable industry).

However, if a couple of years ago the “zombie companies” were still basically different swindling areas of activity, then the farther, the more “zombies” (which do not give sufficient profit and survive solely due to loans) appear among traditional production companies.

Here you can easily add Ford, General Motors, General Electrics, Caterpillar, Westinghouse (some subsidiaries of which have already been declared bankrupt), nVidia, and many others.

The total debt of “zombie” companies is estimated by the IMF today at $ 19 trillion (their market capitalization is 5-6 times lower, and the real residual value is even lower). And this debt is constantly growing.

It is exactly what Karl Marx predicted – the rate of profit is constantly falling. And the transition to zero (and even negative) lending rates does not save the situation. Capitalism is dying.

If we take the data on GDP in the “developed” countries over the past couple of decades, and subtract from the growth indicators of the debt growth, we see that in fact there has been no growth for a long time. On the contrary, there is a slow (but accelerating) fall.

If we take the data on GDP in the “developed” countries over the past couple of decades and subtract from the growth indicators of the debt growth, we see that in fact there has been no growth for a long time. On the contrary, there is a slow (but accelerating) downfall.

As I wrote many years ago, “credit (especially consumer) is theft of the future.” The result of this theft has a cumulative effect.

And the latest analytics from JP Morgan and Goldman Sachs shows that the Fed’s attempts (and the ECB’s in Europe) to flood problems with hastily printed money are unsuccessful. However, as predicted.

The world needs an economy based on fundamentally different principles. The fruit has ripened.